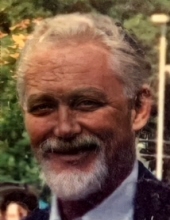 Out of high school he became a very talented hairstylist and then salon owner most of his adult life. He worked at ICD in his later years. His passions included gardening, trains, cooking, the arts, jazz music, a hearty Italian meal and a chilled manhattan with a loved one. He threw unforgettable croquet parties, was an incredible dancer, and was loved immensely by those lucky enough to know him. He was the kind of person who drew you in. Loring was very eccentric, the life of the party and a true Viking at heart. He will be forever missed.

He is survived by his wife Jo Ellen Butler Conaway of Indianapolis, his sons Parrish Conaway of Greenfield, OH and Eric Matson of Washington Court House, OH, his daughter Portia Tipton (husband, Mark) of Canyon, TX, daughter Ava Conaway of Indianapolis, his son Dex Conaway (wife, Kelly) of Bloomington, IN and his stepdaughter Stephanie Emerick (husband, Dirk) of Cincinnati, OH. He is also survived by 10 grandchildren and 1 great granddaughter. In lieu of flowers please send donations to St. Jude Children’s Hospital. Family and friends are invited to celebrate Loring on Saturday April 2nd from 3-6pm at Binkley’s, 5902 N. College, Indianapolis.

To order memorial trees or send flowers to the family in memory of Loring Conaway, please visit our flower store.