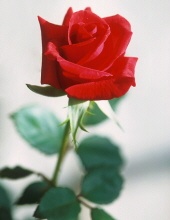 Linda met her husband Carl Wise in 1989. They were married in Thorntown, at Thorntown Southern Baptist Church on April 4, 1998.

Linda was preceded in death by: her husband, Carl Wise; parents, Jewel and Helen (Needham) Sloan; and brother, Kerry Sloan.

She is survived by: her sons, James McKinney (Lebanon, IN), Greg (Deanna) McKinney (Iola, WI), Carl Wise, Jr. (Michelle) (Advance, IN); a brother, Randall Sloan (Lebanon, IN) and numerous grandchildren and great grandchildren.
Private services will be held at a later date.
To order memorial trees or send flowers to the family in memory of Linda Wise, please visit our flower store.