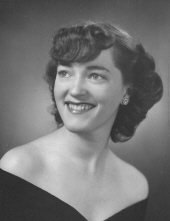 Lila Lee Hobbs Mibrodt Phillips was born to William Hobbs and Dorothy Moore Hobbs on 04/14/1933 in Sioux City, Iowa. She was named after a lilac bush that her mom saw from her hospital bed.

Lila graduated from high school in 1951. She attended Briar Cliff College from 1962 – 1966 graduating with honors. She did this with 3 children in grade school and working full time night shift at her grandma’s nursing home. She received her Master’s Degree (summa cum laude) in 1970, while working full time and with 4 children at home. She taught English and Spanish at Riverside High School/ West High School in Sioux City, Iowa. Teaching was her passion. She was an excellent teacher; loved by all her students (except the ones she flunked). She moved to Indiana in 1974 and worked at American United Life where she retired in 1988.

She was an amazing and feisty woman. She had a very high IQ but no common sense. She was sarcastically hilarious and had no filter. She was an excellent athlete - bowling, golf, baseball. She was appalled that her daughters ‘threw like a girl.’ She was not an outwardly affectionate person, yet every single one of us knew we were loved. Her favorite things to do: spending time with family, watching birds, football (Go Colts), golf, Jeopardy, The Chase (she knew MOST of the answers), Word Game Shows, and Forensic files - she always knew ‘who done it’.
She was very active but had health challenges late in life. She survived open heart surgery, lung cancer and COVID (twice). She had Rheumatoid Arthritis, COPD, Bell’s Palsy and diverticulitis. Her doctors called her a tough old bird. Her grandmother’s maiden name was Buzzard so they were correct.

When asked, what is the meaning of life? Her response was, “Leave behind good memories.” She did! Her memory will always be cherished.

Flowers or plants are appreciated or for those who wish to make donations, the family asks that the donation be sent to Ways to Give - IndyHumane.

Visitation will be at Indiana Funeral Care, 2433 East Main St, Greenwood IN. 46143 on May 18th from 3:00 – 5:00 with a memorial service at 5:00. A catered dinner will be provided after the service – place to be announced at the service. Her Final Resting Place will be Stilesville Cemetery, Stilesville IN. on May 19th at 10:00am.
To order memorial trees or send flowers to the family in memory of Lila Lee Phillips, please visit our flower store.