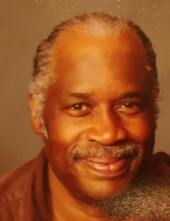 Lavern Bryant, 68 of Indianapolis, IN passed away on Tuesday, September 21, 2021. Lavern was born in St. Louis, Missouri on October 14, 1952. He moved to Indianapolis at a young age with his parents, Jerimiah Sr. and Lennelle Bryant. He was one of 15 children total.
Lavern went on to have 4 children of his own. Jermaine Lavern Goens, Kathleen Elizabeth Jones-Gaines (Wille), Terry Darnell Jones (Von), and Jessica Monique Bryant. He also became a father figure to several others. He has 13 grandchildren and host of great grandchildren. He was always available for family and friends alike. He never met a stranger and had a wonderful sense of humor. He was a wonderful dad and Grandfather. He was considered a jack of all trades to those who knew him. In his younger years he was a Maintenance Supervisor as well as a foster parent.
He loved watching Football and spending time with family. He tried to help wherever and whomever he could. He may not have always had the answer, but he always showed up. And we are so much better for having him in our lives.
He is survived by his two daughters: Kathleen Gaines (Wille) and Jessica Bryant, daughter in-law: Von Jones (Terry), 13 Grandchildren and a host of Great-grandchildren, his siblings: Felix, Bill, Johnathan, Gail, Calvin, Brenda, Glenn, Janice, Antuan, and Andrea. As well as a host of nephews, nieces and cousins.
He was predeceased by his two sons: Jermaine Lavern Goens and Terry Jones, his parents: Jeramiah Sr. and Lennelle Bryant, and his 5 siblings: Jerimiah Jr., Anthony, Debra, Irene, and Bobby.
To order memorial trees or send flowers to the family in memory of Lavern Bryant, please visit our flower store.