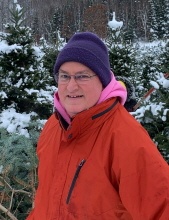 Kurt Dennis Friesth (65), of Fishers, IN, died on September 25th, 2021 in Indianapolis, IN after an extended battle with cancer. Kurt was born on September 15th, 1956 in Moline, IL to E. Richard and Luana (Keim) Friesth. He graduated from Moline High School and subsequently graduated from Michigan Tech University with a degree in Forestry. Kurt loved the outdoors and adventures, but his greatest love was his wife, his daughters Emma and Kristen, and his extended family. His most fulfilling job was being a “Stay at Home Dad.” He was active in his daughters’ lives in many ways, serving on the preschool board, serving as a youth group leader and chaperone, and volunteering for all things related to the girls swimming and then band-related activities. He enjoyed cooking and we will all remember the special occasion cakes he made for his daughters and others. He loved music, and particularly loved sharing his musical gifts with his church by singing in choir and praise groups. He was happiest when serving others. Kurt had a great sense of humor, and even during his battle with cancer would try to find levity in all situations. Despite his cancer pain and complications, Kurt lived his life to the fullest, treasuring time with his family.

Kurt was preceded in death by his father, E. Richard Friesth, and a nephew, Brian Cooper.

If desired, memorial contributions may be made to the church, Christ the Savior Lutheran Church, 10500 E 126th St., Fishers, IN 46038.
To order memorial trees or send flowers to the family in memory of Kurt Dennis Friesth, please visit our flower store.