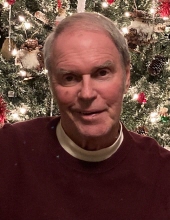 Kim Froberg passed away Sunday morning, September 19, at his home in Fishers, IN surrounded by his family. Kim was born December 25, 1944 in Valparaiso, IN to Ruth and Lawrence Froberg. He had an idyllic childhood playing around a backyard pond, shooting hoops with his brother and neighborhood friends, learning to play piano and drums, and tormenting his younger sister with snakes.
Kim graduated Valedictorian of his 1962 high school class. He attended Indiana University and graduated with a BA in English Literature. He went on to IU Medical School followed by a Residency in Pediatrics at Riley Children’s Hospital.
Kim liked to joke that he went to medical school to find a doctor to marry and he did. In 1969, he married Linda Smallwood Froberg, his partner in practice and life.
In 1974, Kim and Linda moved to West Lafayette and established a Pediatric practice. He loved talking to his young patients and was known for giving their families as much time and attention as they needed.
While young, he enjoyed hiking, camping, playing tennis, basketball and the drums. As his children grew older, he spent hours supporting them in their various sports and activities. In later life he loved to sit on the deck of his Michigan home watching sailboats on the lake, his grandchildren playing on the beach, and those beautiful evening sunsets. Kim had a lifelong love of reading and watching IU basketball games. He was a competitive game player especially enjoying Chess, Quiddler, and Euchre.
Kim was proceeded in death by his parents and older brother Brent. He is survived by Linda, his wife of 52 years, a daughter Kirsten (Adam) Rubin, a son Blake (Chris) Froberg, 7 grandchildren Sam, Annie, Alex, Will, Teddy, Owen and Maggie, two sisters Sheri Milton and Wyn (John) Hyzer, 6 nephews and nieces, and his dog Rowdy.
A celebration of life is being planned for the the family in summer of 2022. In remembrance, donations can be made to Riley Children’s Foundation at PO Box 3356, Indianapolis, IN 46206.
To order memorial trees or send flowers to the family in memory of Kim L. Froberg, please visit our flower store.