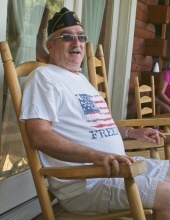 He was born Friday, March 3, 1950, to the late Merle Estal and Betty Jean (Smith) Stutler in Milan, Indiana.

Mike retired from OneAmerica in 2013 but continued to work to remain active. His latest employment was with Liquidity Services. Mike also served in the U.S. Army and was a proud veteran. He was an active-duty officer until the late 70’s and remained in the Army reserves for many years after his discharge. He enjoyed being outdoors working in the yard or golfing and fishing.

He preceded in death by his parents, Merle and Betty Stutler and brother-in-law, Lonnie Reynolds.

Memorial service will begin at 4:00 pm.

Memorial Contributions can be directed to Down Syndrome Indiana online at https://dsindiana.org/
To order memorial trees or send flowers to the family in memory of Kenneth Michael Stutler, please visit our flower store.