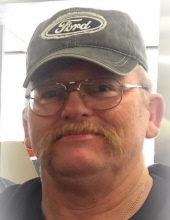 Kenneth (Kenny) Lee DeLatte, 63, passed away February 21st, 2022 at his Indianapolis home with his wife by his side.
Kenny was born October 12th, 1958 in Indianapolis to Barbra Jester.
Kenny is survived by his mother Barbra Jester, his wife Julia Metzger, his four children Misty Decker, Cassie Delatte, David Delatte, and Mary Delatte, and his six grandchildren Skylar Grant, Tracen Hook, Milaya Hook, Caelyn Delatte, Gracie Decker, and Mika Maloy. He is predeceased by his father David Jester.
Kenny loved gardening, cooking, camping, and fishing. Doing all of these things with and for his family was his happiness.

The memorial will be Monday,
February the 28th at 4pm - 6pm

To order memorial trees or send flowers to the family in memory of Kenneth Lee DeLatte, please visit our flower store.