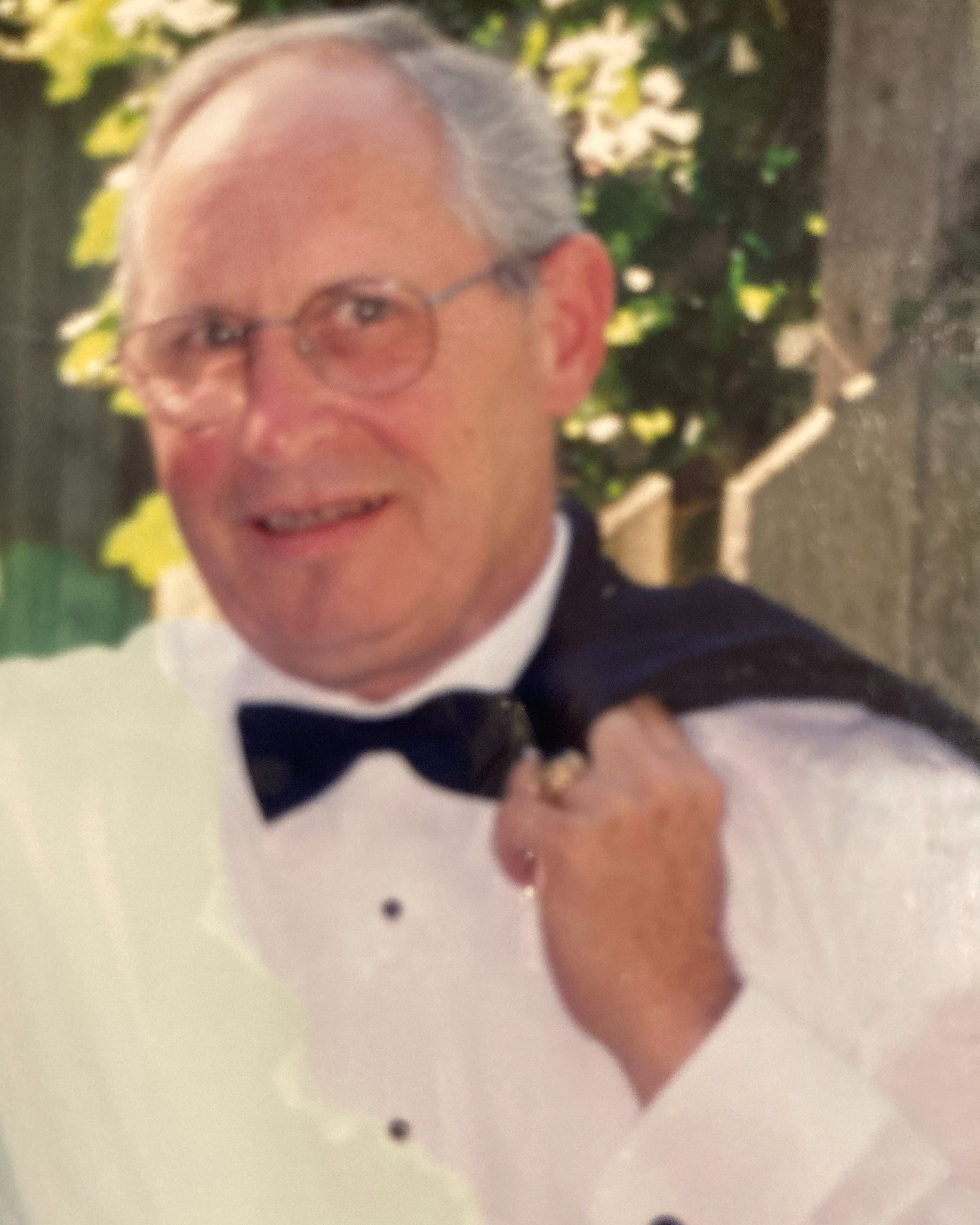 Ken was drafted into the army on September 9, 1958, to serve two years of active duty. He was stationed in Fort Hood, Texas where he worked as a military police officer. While there, he developed many meaningful friendships and even met Elvis Presley. After his honorable discharge, he completed his studies and graduated from Wayne State University in Michigan.

Ken met Lynda Diotte at The Home Insurance Company in downtown Detroit. They married and together they raised two children in a house they bought in Birmingham, Michigan. They were married on September 25, 1965 and remained together until his passing.

Ken worked for years as a regional underwriting manager for Universal Underwriters Insurance Company where he served the automotive industry. Each summer Ken would enjoy taking his family to the Michigan Auto Dealers Association convention at The Grand Hotel in Mackinac Island, Michigan.

Ken had a great love for community and after retirement worked for the City of Birmingham. He was involved with the Auxiliary Police and the Traffic and Safety Board until he moved to Carmel, Indiana in 2016 with his wife to be closer to his daughter and granddaughters.

Ken was an avid reader and enjoyed spending time reading at the Birmingham Public Library. When he was not at the library, Ken could be found reading in his back yard in the sun. He was fond of horses, being outdoors, and watching wildlife. A passion he passed down to his children and grandchildren. Ken also had a deep love and special bond with each of his grandchildren.

In addition to reading and the outdoors, Ken had a heart for Jesus and was regularly seen reading his Bible. He enjoyed serving as an usher and deacon at his church and loved attending Bible study and adult Sunday school classes along with regular Sunday services. Ken dedicated his life completely when he was baptized in the name of Jesus Christ in 2002. He delighted in praise and worship and had a strong prayer life.

Ken will be remembered as a kind, gentle man with an exceptional sense of humor and great wit.

A celebration of his life is being planned for a later date.

To order memorial trees or send flowers to the family in memory of Kenneth F. LaBarge, please visit our flower store.