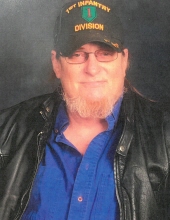 Keith Edward Wheatley, 65, of Indianapolis, Indiana passed away on Monday, October 18, 2021 at his home.

He was born on Friday, October 21, 1955 to Henry Wheatley and Norma Jean Acup. He was raised by his mom and stepfather Chester Acup.

Keith was a United States Army Veteran and was honorably discharged.

He is preceded in death by his parents, Henry Wheatley, Chester and Norma Jean Acup; and brother, Richard Acup.
To order memorial trees or send flowers to the family in memory of Keith Edward Wheatley, please visit our flower store.