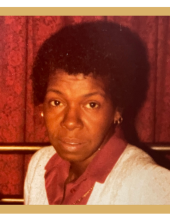 Juroline S. Williams (Jeri) was born the youngest of three girls on July 21, 1938, in Birmingham, Alabama to Grant and Lillie Smith, both whom preceded her in death.
In the 1950’s Juroline ventured to Indianapolis, Indiana with her two sons. She later birthed two daughters and decided to make Indianapolis a home for her family.
While settling in Indianapolis Juroline decided to complete school and receive a diploma from Crispus Attucks High School in 1972. She continued her education by attending ASI to receive a certificate in Bookkeeping and Accounting. Her Accounting education gave her a reputation for being very sharp when it came to dealing with money.
Juroline worked at Uniroyal Rubber (Michelin) for 12 years. Once Uniroyal Rubber closed, she worked at Frank’s Nursery and Craft. She was known as an avid gardener and loved to grow anything from flowers, fruit trees, vegetables, and more. Because of her love for fashion and shopping she worked at TJ Maxx until her retirement.
Juroline met the love of her life Alvin L. White Sr. (Sonny) 45 years ago, during that time they founded Jur-Al & Associates, a general contracting company. They spent many joyful years together building a life for themselves and their family. The home bar that said, "Sonny and Jeri", was always the meeting place for get-togethers, laughs, pep talks, and words of encouragement. Those were all the things that kept the strong love between the two of them. Alvin Sr. departed his life just 3 days after Juroline.
She departed this life on November 9, 2021. She preceded in death David Williams (son), Helen Summerlin (sister), and Vera Peterson (sister). Juroline's memory will forever be cherished with daughters; Brenda Craig, Carla (Gregory) White-Allen, Pamela White, Keisha (Aaron Sr.) Humphrey; sons Curtis Smith, Alvin (Paulette) White Jr., Carl, Kenneth, Jeffery (Dawanna) White; grandchildren Clarence III and David Sanders, Brennan, and Aaron Humphrey Jr., Raylond Toland, Christian, Alvin III, Corey Sr., Carl Jr., Kortez, Christopher, Jeffery Jr., Michelle, Winter, Ronica, Myisha, Makayla White, Asheia Martin, Rev. Gregory K. Allen Jr., Tamika Allen-Howard, Latiesha Allen-Hollowell; and a host of great-grandchildren, great-great grandchildren, family, and friends.
To order memorial trees or send flowers to the family in memory of Juroline S. Williams, please visit our flower store.