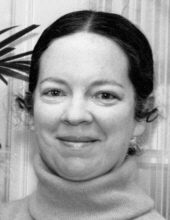 Judith Claudette (Norman) Naff (aka Judy), 82, passed away at home in Indianapolis on August 28, 2021. She was the daughter of Claude Blankenbaker Norman (1896-1959) & Florence E. (Elmore) Norman (1895-1981), both of Boone County, Ky. She was their only child. Given her mother’s age at birth (nearly 44) her aunt was worried about sister’s health and invited her to have the baby down near her home in Maryville, Tn. Within weeks of her birth on February 16, 1939 Judith was making the first of many trips during her life, up the Dixie Highway to the family home in Northern Kentucky. It was there, in Walton, Ky., that she grew up with her parents and grandmother. Her father was a local businessman and mail carrier. Her mother worked in the Shillito’s Department Store in Cincinnati for twenty years. There young Judith attended Walton Grade School until the eighth grade, graduating in 1957 from nearby Simon Kenton High School, in Independence, Ky.

With thoughts of making teaching her career she applied to and was accepted by Eastern State College in Richmond, Ky., which she attended for two years. The death of her father in 1959 interrupted her studies there and she began to think that she might enjoy working in the travel industry, and Judith moved to Minneapolis to begin training as a flight attendant. Then, after being encouraged to take some tests and apply for a job with the government, she and her mother moved to Washington, D.C., where she accepted a position with the Department of the Navy.

In Washington, Judith and her mother thought they would try attending various churches in the city, one of which was Methodist, and it was there she met James Millard Naff, a member of the church’s youth group, who had a job at Riggs National Bank in Georgetown. They were married not long afterwards at Foundry Methodist Church on August 19, 1961, sixty years before her passing.

In the early sixties James volunteered for service in the Army, got his basic training at Ft. Jackson, S.C. and received his first assignment; it was back in Washington, at The Pentagon. It was while he was in service that the family’s first “Army brat” was born at Walter Reed Army Hospital (It is told that it was his grandmother and great-aunt who conspired to name him Philip Andrew). In 1965, taking advantage of educational opportunities offered by the Army, the family left their first home behind and moved from Falls Church, Va. to California, taking up residence in Santa Ana while James studied at Orange Coast College in Costa Mesa. A second son, Paul Loring Naff, joined the household in 1966. After graduation with a degree in accounting, a one-year assignment to Vietnam was ordered, after which he was ordered to West Germany, where the family lived in Herrnsheim, a small suburb of the historic Rhine River city of Worms.

If her husband was in the Army, then her family was always with the Army. Almost four years in West Germany were followed by two of studies at Texas Tech in Lubbock, three years at the United States Military Academy at West Point in New York, another three years in West Germany, this time at a small city called Bad Kreuznach in West Germany’s Wine Country. James’ military career closed on January 31, 1988, after seven years at Ft. Sheridan, Ill., spanning the highs and lows of the Cold War and roughly coinciding with the rise and fall of the Berlin Wall.

In 1989 the family moved to Indianapolis where James had accepted a position at the Finance Center at Ft. Benjamin Harrison. There he worked until 2003, eventually retiring in Columbus, Oh. In 2005, after sixteen years’ service as a civilian employee of the Department of Defense.

Having homes in such geographically diverse areas, led to lots of opportunity for travel, with 47 states and 15 countries across North America and Western Europe. Of all the places she lived, she had a favorite, but she could never have gone back to live there. That place was West Point, N.Y.

Judith made friends wherever she lived and with whom she kept in contact over the years, including the late Eva Davidson, the late Mei Melvin, Paula Kreiner of near Atlanta, Ga., and Leslie Bush of Independence, Mo.

Her hobbies were many and included gardening, scrapbooking, watching and reading British who-done-its, and working jigsaw puzzles. Shopping has to be included as a hobby, too; how else to fill out her many collections of items to decorate the house? Can cats be counted as a hobby? Let us count the cats. Nearly sixty in all either took up residence inside the house or out in the yard. But the one pastime which perhaps gave her great pleasure was working on her genealogy and family history.

At a funeral as a small girl she was once told she was the youngest of her generation of 1st cousins, actually on both her mother’s and father’s sides. Many of her relatives growing up were of a much older generation. It was her Great-Aunt Mary who was near eighty when she taught young Judith her ABCs. Friends remember Judith, once she got her driver’s license, driving up and down the roads of Boone County with all her elderly relatives and neighbors in tow. And so she spent a lot of time with family, both on her father’s side in Boone County, and on her mother’s in Harrison County and learned the stories of the lives of the older generations. During the nineties she often traveled with her son, Philip, to ancestral haunts all over Northern Kentucky and the Ohio River Valley, often spending days and even nights at libraries and courthouses combing the records for just one more clue.

Judith is survived by her husband of sixty years, James Millard Naff, and sons, Philip Andrew Naff and Paul Loring Naff, all of whom currently make their home in Indianapolis. Cremation was at the Indiana Funeral Care, Indianapolis, with no services planned. Richwood Presbyterian Church Cemetery at Richwood, Ky. will be the eventual repository of her ashes.

In the thirty years she has lived in Indy she has adopted, sheltered, or fed just about sixty dogs or cats of her own, all strays, many just as kittens, and so the family asks that donations be made to the FACE SpayNeuter Low Cost Animal Clinic (facespayneuter.org), 1505 Massachusetts Avenue, Indianapolis 46201 or IndyHumane (indyhumane.org), 7929 North Michigan Road, Indianapolis, 46268.
To order memorial trees or send flowers to the family in memory of Judith C. Naff, please visit our flower store.