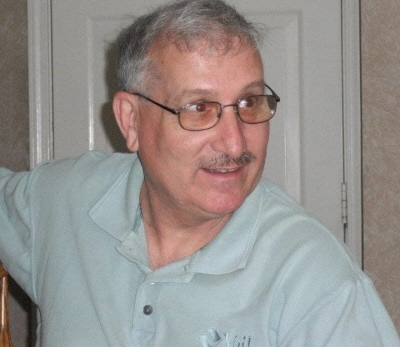 He is survived by his loving wife, Judy; his son, Jeff (Melissa) Gigli; and his daughter, Jamie (Jeff) Adams; his sisters, Gloria Routsong and Nancy Gigli; his grandchildren, Jordan Brown and Kaitlin (Shotgun) Gigli. He is also survived by many nieces and nephews.

Joe will be remembered as a jokester, someone that was always happy. He was a good neighbor and a friend to everyone. He was a true family man who took care of everyone. Spending time with his grandchildren was one of his greatest joys. He was an animal lover, especially for his dogs, Racer, Coco, Izzy.

He worked Wheatleys Market in Wanamaker as a teenager until he started at Eli Lilly for the next 43 years. He served his country as a Vietnam Veteran. Joe and Judy worked in the Indianapolis Home Show, Indiana Flower and Patio Show, and Christmas Gift and Hobby Show for many years. Since retirement, Joe loved to travel and play golf. He was a big fan of the Indy500 and NASCAR and he continued to work the home shows with Judy. He was a proud member of the American Legion.

He is preceded in death by his mother, Harriett (Roberts) Hopper and his brother, Eugene Gigli. His dogs Racer and Coco are always waiting for him in Heaven.