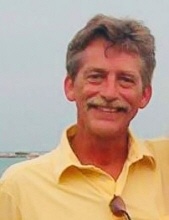 Joseph Lee McCreery was born April 15th, 1949 in Muncie, Indiana to Donald Robert McCreery and Mary Rhea Ledbetter. He grew up with his two sisters Linda Devers, and Donna Seymour in White Oaks in Noblesville, Indiana. He graduated from Hamilton Southeastern High School in May of 1968. Joe was a United States Marine Corps Vietnam War Veteran who served as an Infantryman. He earned a Combat Action Ribbon, Vietnam Service Medal, Vietnam Campaign Medal with three tours of duty from February 1969 until honorable discharge in August of 1970 earning the Navy Commendation Medal. He was given the Cross of Gallantry Medal and the Vietnam Service Medal from the South Vietnam Government. After Vietnam he returned home and married Mary Jo Kehrer of Indianapolis. They had two sons together, Lonnie and Ryan McCreery.

After the war, Joe would go on to learn the trade of Sheet Metal. After three years of training through the National Joint Apprentice and Training Program, he became a Union Journeymen Sheet Metal Worker in Local Union 20 where he would continue to work until his retirement in November 2009.

He was married to Janet Jordan after 18 years together and continued to live in Lawrence, Indiana. She is survived by her sons Jeremy and Josh Jordan, who both remained close with him. Janet preceded Joe in death on November 5, 2012.

To celebrate Joe’s life please join us at Indiana Funeral Care on Friday, May 13th, 2022. He did not want to have a traditional funeral with a planned service and Eulogy. Instead, he wanted his close friends and family to be able to get together and honor his memory.