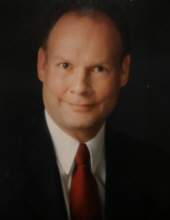 John was born on July 1, 1948 in Beech Grove, IN to Oliver and Norma (Ernsting) Gates. He was a graduate of Southport High School and Indiana University. On December 29, 1971, he married Nancy Drahota in Jackson, MN after meeting in Colorado 3 years prior.

John and Nancy spent much of their married lives in Anderson, IN. John spent his career working with the Anderson Parks Department, as a Realtor and Owner of Century 21 Gates Realtors and within the Carmel Clay Parks Department. In 2015, John and Nancy relocated to Fishers, IN to be closer to their daughters and families. John retired in 2015 after a successful career.

John was an avid exerciser throughout his life. He had a morning routine of a jog, swimming (butterfly included), weights and abdominal exercises. He was a workaholic who found it hard to take time off and was meticulous in everything he did. He gained an appreciation for Indiana artists and oriental rugs from his grandfather and aunt. He loved the Culver Military Academy and Lake Maxincukee. He made many memories there throughout his life. John loved his English bulldogs, Oliver and Bernadette. He was also a very devout Catholic and made it his mission to read the Bible front to back. John could tell a joke and bring smiles to everyone's face. He was the life of the party!

John is survived by his wife, Nancy, children Melissa (Rob) and Molly (Erik) both of Fishers, IN; 9 grandchildren, Nolan, Safina, Corinne, Griffin, Sevian, Miro, Georgi, Filip and Sofia; sister Virginia; sister-in-laws Claudette Lynch and Patricia Drahota; sister and brother-in-law Marian and Roger Flink and many nieces and nephews. He was preceded in death by his parents, father and mother-in-law Claude and Emily Drahota, brother Frank Gates, sister Ann Miner, and brother-in-law Bill Drahota.

A funeral mass will be held on Monday, January 17th at 1:00 pm at St. Louis de Montfort Catholic Church in Fishers, IN with the Rev. Sean Aaron officiating. Visitation will be held from 11:30am to 1:00pm at the church. A funeral dinner will follow the service. In lieu of flowers, donations can be made to the American Cancer Society.

John was a wonderful husband of 50 years, adored by his daughters and fiercely loved by his grandchildren and will be dearly missed.
To order memorial trees or send flowers to the family in memory of John O. Gates, please visit our flower store.