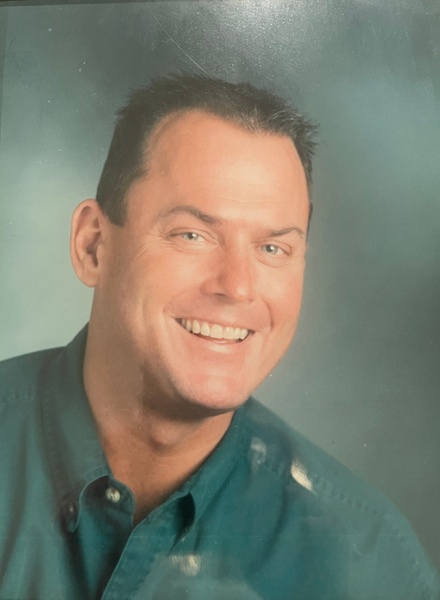 John Thomas Lackey II, age 59, passed away on July 25, 2022 of natural causes. He was born August 16, 1962 in Vincennes, Indiana to John Thomas Lackey and Sue Ellen Bedford Lackey. He attended Vincennes University and worked at Crook Construction in Vincennes, Indiana. He then moved to Indianapolis, Indiana to work for MI Homes. He built his own house and has won numerous awards with MI Homes.

John was a part of the 1981 Vincennes Lincoln High School Basketball State Championship. Being a part of the 1981 state team was one of the highlights of his life along with the birth of his daughter, Amy. He recently became a grandfather. He couldn’t wait until he could officially tell people he had his first grandson named Alan. Alan was a blessing from the time his parents, Amy and Brandon, fostered him and now adopted him on July 20, 2022. John was able to attend Alan’s adoption ceremony. He was grinning from ear to ear because he was so happy for Alan to be in his family. He also loved teasing his nephew Mitchel Morical and niece Makenna Morical. He was a great part of their lives.

He never knew a stranger. He was always surrounded by family or friends. He had a kind heart and would do anything to help someone out. It was often during the Indianapolis 500 that he would gather with these friends and be with them out at the track. Since he was a little boy, he would go to the Indianapolis 500 track with his father and then later in life with his friends.

He is preceded in death by his parents, John Thomas Lackey and Sue Ellen Bedford Lackey, and his brother,  Scott Lackey.

He is survived by his child, who made up the entirety of his world, Amy Jo (Brandon) Decker and grandson, Alan Decker of Bruceville, Indiana. His sister Susan Lackey (Dennis) Morical, His nephew Mitchell Morical, and niece Makenna Morical of McCordsville, Indiana.

To order memorial trees or send flowers to the family in memory of John Thomas Lackey II, please visit our flower store.