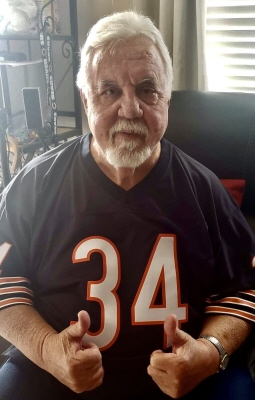 John James Lincoln, 75, passed away July 7th, 2021 at his home in Indianapolis, IN. John grew up in Gary, Indiana. He graduated from Lew Wallace High School in 1964. He served two years in the U.S. Army. Over the years he has worked as a Millwright for Local 1043, patrolman at the Lake County Sheriff's Dept, captain of a charter boat in Michigan City and for the Indiana Department of Transportation. He enjoyed fishing and boating on Lake Michigan for most of his life and was a diehard Chicago Bears football fan.

John is preceded in death by his parents James Lincoln and Elizabeth Holmes; and his sister Sylvie (Jack) Tomich.

In keeping with the wishes of John, there will be no funeral services. If you would like to make a donation on his behalf, you may direct those to The Parkinson's Foundation at the link found below.
To order memorial trees or send flowers to the family in memory of John James Lincoln, please visit our flower store.