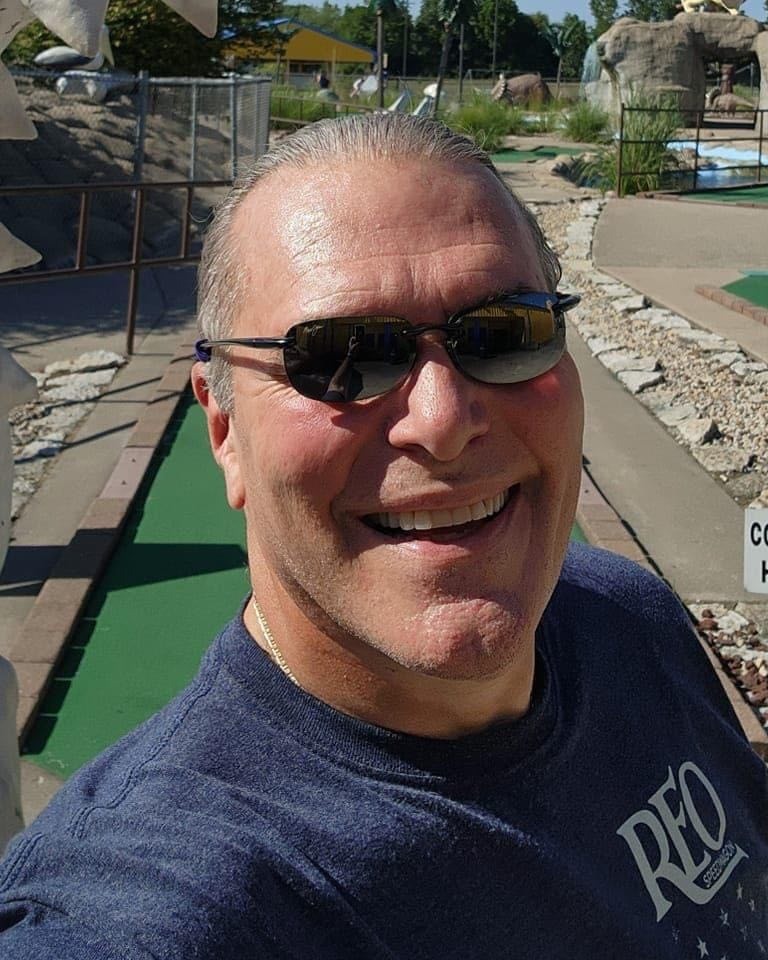 John Jack Bowers, RPh, MBA, left this earth peacefully on December 16, 2022 at his home in Trafalgar, Indiana way too soon at a mere 64 years old. Jack is survived by his brother Richard, daughter Danielle, granddaughter Gabriella, son TJ Taylor, grandsons Ashton and Drew, and ex-wife of 31 years Stephanie Bowers. Jack was preceded in death by his mother, Marion Meier, and his father, Dale Bowers. A Celebration of Jack's Life is planned for Feb 18, 2023 at 1pm located at Indiana Funeral Care, 2433 E Main St, Greenwood, IN.

Jack grew up in Indianapolis, and attended public schools graduating from North Central High in 1976. He went on to numerous successes in academia, industry, the arts, charities, and his personal life. He chose to become a Registered Pharmacist after receiving his B.S. in Pharmacy at Purdue University. Jack also received his Masters of Business Administration from Indiana University. He married Stephanie Bowers in 1987 and helped raise her son TJ and their daughter Danielle. Jack dedicated much of his life to the medical field both in his work, and in his charity. For example, he spent time as a CPR instructor and EMT-A; he taught CPR and advanced cardiac life support; he taught college courses in anatomy, physiology, and pharmacology; and served on the Board of Directors for the National Kidney Foundation. He worked in the Pharmaceutical industry in Indiana as well as New Jersey in various positions until his retirement 10 years ago brought him back home again to Indiana.

Jack had many more fans across central Indiana, New Jersey, and frankly, the world who remember his gregarious manner, caring smile, engaging stories, and huge heart. Phrases most often used to describe him include: "out of this world personality," "life of the party," and sometimes just "goofy." Everyone remembers meeting Jack, and he made you feel important. If you were lucky enough to call him friend, you also remember his massive bear hugs. He made us laugh, he made us think, and he inspired us to be better people. We are so grateful for the time we had with him, and grateful that he is at Peace now.

Jack loved listening to music. Mostly live, loud, rock and roll music. He also enjoyed many other types of music as well. DMB ("the best jam band ever" according to Jack) - and Island music were his favorites. He made many playlists for fun and events, and shared them with friends. Jack was always practicing his voice: for singing along to music or for impersonating. He did a lot of them but will always be remembered for his Homer Simpson impersonation, "d'oh! Stupid laws of physics!" and of course, Three Stooges bits, "oh, a wise guy, eh?!" Many, many hearts were lifted by Jack's talent.

Jacked owned a home he called "Beach Haven" in Abaco, Bahamas, and he loved the people there as well as the island. He constantly combed the beaches of Abaco collecting anything and everything. He found "messages in a bottle", endless amounts of sea glass, shells galore, driftwood, and every imaginable (and unimaginable) flotsam and jetsam. He used most of these finds for his prolific artistic expressions.

Jack loved nature. He loved plants, animals, fishes, insects, and everything else! He was telling others the family and species of different flora and fauna. Scuba diving was a blast with Jack as he took in the entire ocean life. He loved sunsets and sunrises. He loved stormy days and calm days. He adored cats - and they loved him too! He was always looking for another stray or feral cat to rescue.

Jack's creativity was boundless. He demonstrated this in all aspects of his life, and only a few examples will fit in this space. He created elaborate artwork out of his beach glass collection, and made gifts of many of them.

His garage in Abaco is filled with fun and unique beach art created by Jack. He was not only a player and collector of Magic: The Gathering cards, he also created 2 expansion sets to play with his friends. He created elaborate Survivor-like challenges as games for visitors to Beach Haven, too.

Jack fully experienced life. He was active and wanted to experience everything. He was competitive and enjoyed games of all types too. Some examples include euchre, darts, Dungeons & Dragons, pool, and Magic. And he spelunked, skydived, hiked, water-skied, played disc golf, and combed beaches. He scuba-dived, free-dived, collected seashells, and seaglass galore. He took pictures of everything: then organized and presented them in albums and eventually online. And of course, he absolutely loved watching pro football whether he was watching from Beach Haven, or screaming in the Colts' stadium wearing a kilt and face paint!

Jack was charitable to his friends, his community, and the environment. Last year he established the Serendipity Fund to help deserving kids who want to study life sciences, health care, agriculture and environmental studies involving global cooling. In 2019 he established the Marion Joyce Meier Female Lives Matter program to fund educational programs to empower women in need. Both of these programs are administered by the Johnson County Community Foundation. He is making a large donation to the Friends of the Environment in Abaco, Bahamas.

Above all, Jack was kind, fun, and loving to all the souls he met. He enriched our lives and we will fondly remember him forever. Godspeed Jack Bowers.

To order memorial trees or send flowers to the family in memory of John Bowers, please visit our flower store.