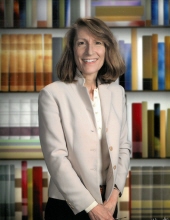 Jill Elizabeth Posuniak
Born in St. Louis, MO on Feb 11, 1961. She passed away peacefully on April 14th, 2022 at 61 years old at her home in Fishers, IN with her husband of 23 years by her side. Jill grew up in Bloomington, Indiana with two twin siblings, Patrick and Pauli. She was extremely intelligent and studious all throughout her life, one of her favorite pastimes has always been reading. She received three degrees in her lifetime. Jill attended the University of Norte Dame and received a BA in English. She received a BS in Accounting from Indiana Wesleyan University and a MS in Information Technology Management from the Naval Post Graduate School. She served a 20 year career as a Naval Officer, being a part of the first wave of females to serve in the Navy. Including roles as the Executive Officer of Naval Ocean Processing Facility in Whidbey Island and Information Technology Budget Branch Head at the Pentagon in Washington, DC. She retired and worked at the Noblesville and Arcadia School District. She then continued to serve her Nation working at DFAS in Indianapolis. Even with her numerous accomplishments in life she always stated that her biggest accomplishments was being a mother and a wife. She met Ted Posuniak in Newport Rhode Island while she was serving as the School Command IT Director and Navy Communication School Director and they married in 1998. She was a loving, supportive mother who taught her three children to be independent and fierce. Jill had a passion for fitness and you would always find her walking her dogs or frequenting the YMCA. Jill leaves behind her Father, Richard Counts, her husband, Ted Posuniak and her children, Elizabeth, Daniel, and James Fisher and Tony and Ted Posuniak

To order memorial trees or send flowers to the family in memory of Jill Elizabeth Posuniak, please visit our flower store.