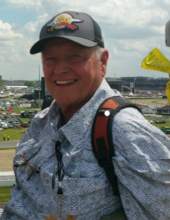 Jerry DeHart of Shelbyville, Indiana passed away on January 6 at the age of 74 with his loving family by his side after a long illness. He was born at St. Francis Hospital in Beech Grove, Indiana on January 13, 1947 to Cameron and Virginia (Coffman) DeHart. He is survived by his brother, Kenneth (Kay); sister, Christina (Duane) Roush; nieces, Donna DeHart, Dee Richardson, and Starla Chilson; and nephews, Scott, Kenn, and Kyle DeHart and Todd and Chad Berger. He is also survived by several great-nieces and great-nephews. He was preceded in death by his brother, Don; and nephew, Duke DeHart.

Jerry graduated from Indiana Academy in 1965 and from Andrews University in 1972 with a degree in education. He was a member of the Seventh Day Adventist Church. He worked most of his life in asphalt construction, but also did some teaching and courier work and was self-employed as well. He loved Bible study, reading, painting, swimming, scuba diving, snow skiing and playing all sports. He also loved racing, both as a spectator and a driver. He experienced lots of joy in his life, and depth of loss after suffering a traumatic work injury on his leg that caused multiple surgeries and much rehab. Through it all he never lost his smile or sense of humor.