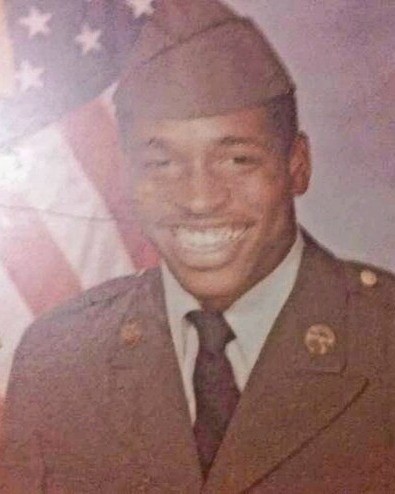 Jerome L. Davis, 58 of Indianapolis, IN departed from his earthly dwelling on Sunday morning at 1:20 am.

Jerome “Uncle Pete” was born on December 22, 1963, in Huntsville, Alabama to Molly Mattie Davis and John Roberts McCaulley. Jerome lived in Huntsville with his little brother and mother until the age of 7 when the family moved to Indianapolis, IN.

Jerome accepted Christ at an early age while living in Huntsville. He was rebaptized while in hospice. The first church Jerome attended and became a member of was Little Stone Missionary Baptist Church, Rev., Elsie Palmer. Jerome was a devout member and attended service every Sunday. Jerome also attended his mother’s church, Mount Vernon Missionary Baptist Church under Reverend Dr. Mozel Sanders.

Jerome attended/graduated from John Marshall High School 1979 – 1982. He enlisted into the Army in 1988 and served for two years. Jerome was a very athletic young man excelling in basketball and football. He was incredibly competitive and could talk trash with the best of them. Jerome was also an avid sports fan. He loved his Dallas Cowboys and The Alabama Crimson Tide (RTR) and Boston Celtics.

Jerome also had a passion for fishing and telling jokes with his family & friends. He loved to make everyone laugh. He enjoyed telling cringe-worthy jokes often with a smirk on his face letting you know; I got you with that one. He was so full of energy. Often described as the life of the party. He loved spending time with and spoiling his nieces and nephews. He would sometimes spend a whole paycheck on them just to see the joy on their faces.

Jerome also served in his childhood neighborhood working at a kid’s daycare and a food pantry. He would cut grass for his neighbors. He had several jobs while working in the food service industry for over 20 years. He retired as a manager in 2010.

To order memorial trees or send flowers to the family in memory of Jerome Lee Davis, please visit our flower store.