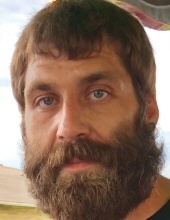 Jeff was born on December 27, 1984 to Vickie Jo (Rairdon) Berry of Indianapolis, IN and John Thomas Reed of Spearman, Texas.

Jeff attended Warren Central High School and received his GED from there.

Jeff enjoyed camping, fishing, and boating. He loved outdoors so much that he spent most of his life working in lawn care. He was very proud to have worked along side his grandpa during this time.

Jeff's greatest accomplishment in life was being a father to Isaiah. His love for him was unmeasurable.

Jeff is survived by his son, Isaiah Thomas Smith; mother, Vickie Jo (Rairdon) Berry; father, John Thomas Reed; sister, Amy (Reed) Martin of Oklahoma; and brother, Brandon Reed of Texas. He also leaves behind many other family members and friends including Ashely Coats, who he thought of as a sister, and Wesley Patton Jr., who he thought of as a brother.

Jeff is preceded in death by his grandparents and his brother, Jason Edward Lattowa Smith.

Visitation will be held on Saturday, December 11, 2021 at Indiana Funeral Care, Greenwood Chapel from 11am-1pm. Funeral service will immediately follow at 1pm.
To order memorial trees or send flowers to the family in memory of Jeffrey Sean Thomas Reed, please visit our flower store.