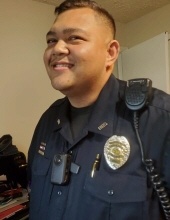 Jeff Boost Lee, age 34, made his journey into Heaven on October 28, 2021, when he succumbed after a courageous three year battle with FSGS Kidney Disease, IgA Nephropathy (Berger's Disease) and COVID-19. He was born as Jeffrey Alan Lee on September 5, 1987 in Taegu, Korea to proud parents Les Lee & Chom Suk Pae. He was preceded in death by his loving mother, who passed away on January 28, 2020 & his beloved Grandfather, Gene E. Lee who died on December 10, 2013. Along with his father, he is survived by his grandmother, Joyce E. Lee, fiance' Elizabeth Roller, two sisters, Jenny and Jewel Kim & several aunts, uncles & cousins.

Jeffrey graduated from Shelbyville High School in 2006 & spent a total of 15 years working in mobile sales for Greenwood Best Buy and Southport AT&T locations. He had a passion for life, treated everyone with respect & developed friendships that he treasured forever.

As a teenager, Jeffrey developed a passion for cars and dreamed of owning a Toyota Supra. Before he was old enough to drive, he joined the online Supramania forum and created the profile 'Boost Lee' as his screen name. As a 15 year old, he saw it as a clever combination using the reference to the 'Boost' on a turbocharged engine and the similar sound it had to Bruce Lee, one of his Asian American heroes. Just a couple years later, he started the Indiana Supra Club and hosted an annual Supra Meet in Indianapolis that has grown into a full weekend of events for Supra enthusiasts around the country. He loved bringing people together for a good time and welcomed new members into the Supra family. Over the years, as he became more known as Boost Lee, he was humbled when total strangers (young and old) would stop him around Indianapolis to take pictures with him and one of his Supras.

Jeff met Elizabeth Roller, the love of his life, in 2018. Despite three years of medical challenges, she brought so much joy and happiness to his life. They were engaged in July of this year, when Jeff and a Police friend used a fake pull over to surprise her with a proposal. Their wedding date was set for November 6th & Jeff was so excited to build a future with Elizabeth.

The celebration of his life will be held on Friday, November 5, 2021 at the Indiana Funeral Home on Allisonville Road. The Viewing will be from 11:00 AM - 2:00 PM, with services officiated immediately thereafter by longtime family pastor, Scott Turner, from the Pilgrim Nazarene Church. Interment will be at Oaklawn Cemetery on Allisonville Road, where his earthly remains will be laid to rest beside his mother.

Blessed are the peacemakers: for they shall be called the children of God.
Matthew 5:9 KJV

In lieu of flowers, the family would ask for donations in Jeff's name to Nephcure Kidney International:

The onset of this dreaded disease changed his life so dramatically that we know he would want to help find a cure so other lives are not impacted in the future.
To order memorial trees or send flowers to the family in memory of Jeffrey Alan Lee, please visit our flower store.