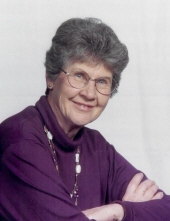 Jeannette Beatrice Pearce, 90, passed away Friday, December 3, 2021 at Traditions at North Willow Senior Living Community, Indianapolis, Indiana. Bee was born November 20, 1931 in St. Louis, Missouri to Edward Joseph and Jeannette (Whitehill) Chapman. She was an only child nicknamed Jenny Bee. Bee grew up in the Richmond Heights area of St. Louis, confirmed at St. Mark’s Lutheran Church, and graduated from Clayton High School. She attended Elmhurst College in Elmhurst, Illinois where she met her husband of 68 years, Richard Gene Pearce. Bee married Dick at 19 years of age on June 2, 1951, at Samuel Evangelical and Reformed Church in Clayton, Missouri. The couple returned to Elmhurst where Bee worked to put Dick through college graduation. They then moved to Virginia while Dick served in the Korean War.

Bee, Dick, and their kids were active charter members of Christ Lutheran Church in Valparaiso. Bee had a beautiful soprano voice singing in the church choir, serving as a Sunday School teacher, and starting the prayer shawl ministry where Dick helped her deliver shawls to those in need. Bee was a devoted Christian wife and mother and never spoke an unkind word to others. She sacrificed much for herself to meet her family’s needs, always putting others first. She was an excellent cook and never seemed to sit down for long, serving others her home-cooked meals and desserts, especially blueberry pie and German chocolate cake. Bee attended to her husband’s memory issues and his diabetes, no doubt prolonging his life, while still making time to visit friends and church members in nursing facilities. She welcomed all into their Valparaiso home of over 45 years, hosting family holiday celebrations and various get togethers, most involving bridge and board games. Bee enjoyed golfing and travel with Dick including trips to Australia, Alaska, the Panama Canal, and Arizona during the winter months. She contributed greatly to the family genealogy research.

Late in life, Bee developed Primary Progressive Aphasia where she lost her ability to speak and communicate. She and Dick moved to a local senior community and eventually to Indianapolis to be near their daughter. Throughout this disease Bee remained gracious to the very end and entered our Lord’s kingdom just as she lived – peacefully with hope and trust in God. She lived a beautiful, long life serving Christ.

The family would like to thank the caring staff of Traditions at North Willow for our parents’ care and Bee’s team at Seasons Hospice, Indianapolis for their support and love.

A memorial service celebrating both Bee and Dick’s lives will be held in early spring, 2022, in Valparaiso, Indiana with burial following in Blachly Cemetery, Valparaiso. Memorial contributions can be made to: National Aphasia Association https://www.aphasia.org/donate/ or Seasons Hospice https://seasonsfoundation.org/donate/
To order memorial trees or send flowers to the family in memory of Jeannette Beatrice Pearce, please visit our flower store.