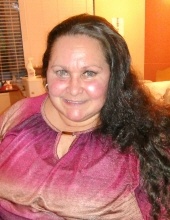 As a school aged girl she enjoyed pompom, as an adult she was an avid gardener, enjoyed summertime and spending her days outside planting flowers, also enjoyed home decorating/design and was a wonderful housekeeper

Carole had a wonderful sense of humor and enjoyed laughter, she could awaken a room with her laughter alone, and she possessed the gift of a giving heart and enjoyed helping others when able, she was a natural born nurturer and raised her children and many stepchildren throughout her life.

She is preceded in death by her father William(Bill) N. Rhodes, her stepson Jonnie P. Evans & twin grand-babies born in heaven December of 2006 to her daughter Kristin

In lieu of flowers if you would like to donate to any of these causes:
NAMI.org, American Diabetes Association, or American Stroke Association

Celebration of life for family & close friends will be determined and announced at a later date.
To order memorial trees or send flowers to the family in memory of Janie Carole Rhodes, please visit our flower store.