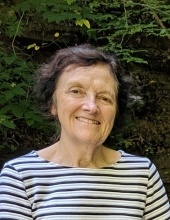 We regret to announce the death of Janet Lynn Higbie, age 80. She was born in Terre Haute October 3, 1941 and died at home March 18, 2022. Janet lived a life taking care of people including her family of siblings, nieces, nephews, as well as her husband and children. She graduated from Methodist Hospital School of Nursing in 1961 and got a BS degree from IUPUI. She is survived by her husband, Tom, and 2 sons, Eric and Jeffrey. She is predeceased by her parents, William and Aileen Gaskins, her brother Jerry, and sister, Judy.
Janet worked for many years as a nurse, first at Methodist Hospital, then for various women’s health clinics with time out for having children. She also found time to help Tom on numerous projects such as replacing the clutch in a Corvair, building a shed, and enlarging a kitchen by moving walls. The largest project Jan and her husband undertook was buying and running a campground while working fulltime and helping her two boys through school.
After she and Tom married in 1963, they joined and became active at St. Matthew’s Episcopal Church. Jan served on the Altar Guild until her death, along with serving with the Episcopal Church Women (ECW) and Daughters of the King (DOK), she was selected as their Distinguished Women in 2012. She also served one term on the National ECW board.
After her children had grown, Jan started to exercise by walking which led to her joining the local racewalking club. She spent many hours training and participated in many races in the US. In 1999 she earned US Maters Indoor 3K racewalk champion, US Masters Outdoor 5K and 10K racewalk champion, the WAVA 10K racewalk team champion, and the US Masters Road 5K racewalk champion. She also entered and placed several events in World Masters Games in Gateshead, England; Brisbane, Australia; and Riccione, Italy.
Jan was always interested in plants and gardening, and later in life, she was involved in Purdue’s Master Gardener Program and earned the bronze level Advanced Master Gardener Certificate. She also volunteered at the Indianapolis Museum of Art and the Gardens at Newfield.
She and Tom also spent time travelling and camping throughout the USA. Her first camping trip was in a tent to the Canadian Rockies when her oldest son was 2 years old. As the years went by, the family upgraded to popup camper, then to a travel trailer, three different fifth wheel trailers, and finally to a motorhome that had a wheelchair lift to accommodate her eldest son, who has become mostly paralyzed and is confined to a wheelchair.
Jan’s final years were spent volunteering at the Gardens at Newfield, spending time with her husband, enjoying camping with the motorhome, and caring for her son.
Visitation and funeral will be held on Friday, March 25th, at St. Matthew’s Episcopal Church, located at 8320 East 10th Street. Visitation will start at 1PM, and the funeral will start at 2PM
In lieu of flowers, donations to the National Cancer Society and the National Breast Cancer Foundation are preferred.

To order memorial trees or send flowers to the family in memory of Janet Lynn Higbie, please visit our flower store.