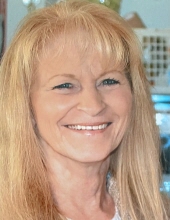 She was an amazing cook and talented in so many ways and always wanting to sew something. She loved her children, grandchildren, friends, and family, making them the center of all that she did. Janet was an avid movie watcher; she could recite a line to just about any movie at any time. Janet loved the Lord Jesus Christ with all she had.

She is preceded in death by her father, George Lynn, son-in-law, Jerry Cunningham, and love of her life Alan Beaty.

Funeral service will begin at 2:00 pm.

Burial to follow at Springhill Cemetery, Cartersburg, IN.
To order memorial trees or send flowers to the family in memory of Janet L. Lynn, please visit our flower store.