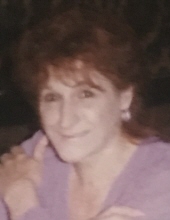 Janet Koesema (Kaluza) 84 of Indianapolis, Indiana. Beloved mother and grandmother went to be with the Lord on March 24, 2022. Janet was born March 6,1938, in Chicago, IL. Janet grew up on Woodlawn Ave, in the Burnside neighborhood of Chicago, IL.

Janet loved to laugh and make others laugh. Her family always said, “It wasn’t a party until Janet was there.” She worked for many years in Physical Plant department at Moody Bible Institute in Chicago IL. She loved her job, and she enjoyed the students and faculty.

Janet will be greatly missed. She is now at peace with the Lord and reunited with her beloved husband of 54 years. She will be laid to rest on April 4, 2022, next to her husband at Mt Pleasant Cemetery in Greenwood, Indiana.

To order memorial trees or send flowers to the family in memory of Janet Koesema, please visit our flower store.