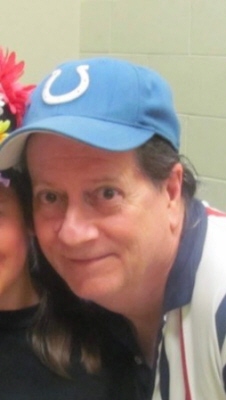 James Stephen Brown "Steve", 71, of Indianapolis, passed away on Monday, January 24th, 2022. He was born to James Franklin Brown and Lola Mae Glotfelty in Indianapolis, Indiana on Wednesday, January 25th, 1950.
Steve will be remembered for being a beloved father, grandfather, and brother. He was avid sports fan and memorabilia collector. He loved betting on the ponies. He was an Army veteran and was medically discharged in 1970.
Steve is preceded in death by his parents, James Brown and Lola Mae (Brown) Glotfelty. He is survived by his daughter, Jennifer (Matt) Galliher; his granddaughter, Madelyn Galliher; his grandson Jordan Galliher (Breanna); his three great grandchildren, Braxtyn, Brysyn, Proxyn Galliher; his brothers, Gene Luttrell and Tom Brown; and his sister, Annis Brandenburg.

To order memorial trees or send flowers to the family in memory of James S. Brown, please visit our flower store.