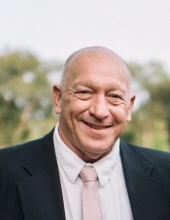 James Jeffrey “Jeff” Keen, beloved son, brother, father, and grandfather, of Indianapolis, IN, passed away in his home on December 1, 2021 at the age of 67.

Jeff was born in Ft. Wayne, IN, on September 2, 1954, to James and June Keen (née Archer). He attended St. Joan of Arc for grade school, graduated from Bishop Chatard High School in Indianapolis in 1973, and continued his education at ITT Technical Institute. He retired from RCA Corporation (Thompson). He was married to Patricia Keen (née Poynter) from June 7, 1975 to 2006 during which time they welcomed three children: Chris, Jennifer, and Matthew.

A talented athlete in his youth, throughout life Jeff acquired a skill for darts, enjoyed bowling and golfing, watching “Jeopardy,” and was an avid Indiana sports fan. Most of all he just wanted to watch golf on Sundays and spend time with his family.

A private viewing with a final goodbye will be held for immediate family in the upcoming days, with a memorial service to be held at a later date.

In lieu of flowers and cards, financial donations may be made to the food pantry at Old Bethel Church at 8032 East 21st Street, Indianapolis, IN.
To order memorial trees or send flowers to the family in memory of James Jeffery Keen, please visit our flower store.