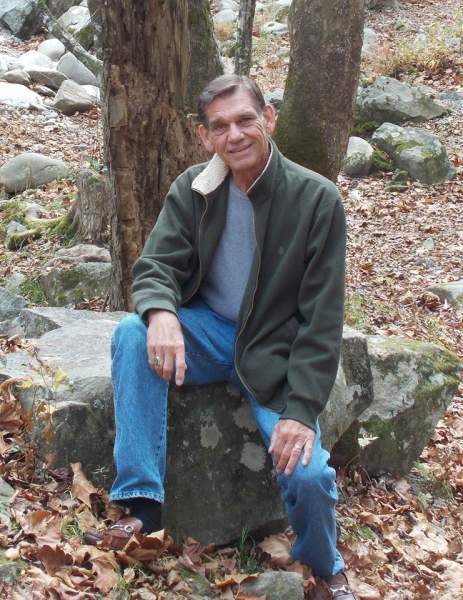 James Edward Herre, "Jim", husband, father, grandfather, and friend, passed away on Tuesday, August 23, 2022, from complications of cancer. He was 76 years old. Born on December 9, 1945, Jim loved music and dedicated his life to the joy it provided, whether learning new pieces or performing for others. Jim was a graduate of Concordia University Nebraska, and his first teaching position was at Concordia Ann Arbor Michigan. He also taught at Rockford Lutheran High School and Abraham Lincoln Middle School in Illinois. His primary focus was Music and English Literature. He was involved with school productions, while also performing in local theater and stage shows.

Jim loved to travel, which took him to Munich, Germany at the time of the 1972 Olympics, where he worked in the volleyball hall. After the Olympics finished, he moved to Zurich, Switzerland, where he taught American English in a Berlitz school. After a year in Europe, he returned to the United States to persuade his college sweetheart to marry him.

Jim and Norma were married December 29, 1973. Because they had both been members of the Concordia A Cappella choir, they rejoined the choir for their World Concert Tour, which also served as their honeymoon. Back in Indianapolis, Jim taught at Lutheran Memorial. He also served as organist and choir director at St. Paul, and later at Immanuel, Bethany, and St. Timothy's, as well as Beautiful Savior in Florida. Along with that, he continued to perform in dinner theater and civic theater shows for 25 years.

Jim was devoted to Norma and his children. Some of Jim's fondest memories and funniest stories come from numerous family road trips across the country and 45 years of camping with dear friends. Jim's warmth, outgoing personality, and sense of humor made him friends wherever he went, and he was truly blessed to be loved by so many.

Jim is survived by Norma, his wife of 48 years, his children David Herre, Elizabeth Campbell, Jonathan Herre, and Johanna Herre, his grandchildren Jacob Herre and Lauren Herre, his sister Arlene Trapp, along with his niece and nephews, and numerous cousins.

He was preceded into Heaven by his parents John and Hazel Herre, his brother John Herre, and granddaughter Ella Louise Palmer Herre.

Visitation will be on Saturday, September 10, 2022 from 9:30 A.M. to 11.30 A.M., at St. John Lutheran Church, 6630 Southeastern Avenue, Indianapolis, Indiana 46203. A memorial church service will immediately follow at 11:30 A.M. in the Sanctuary. There will be a graveside service directly after at St. John Lutheran Cemetery.

In lieu of flowers or if desired, memorials may be made to the Adult Choir Fund at St. John Lutheran Church, 6630 Southeastern Avenue, Indianapolis, Indiana 46203 or

To order memorial trees or send flowers to the family in memory of James Herre, please visit our flower store.