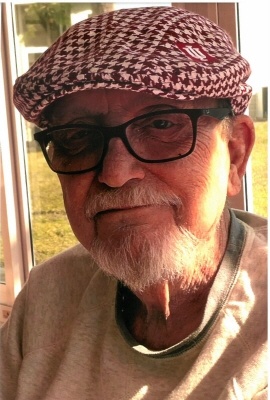 James B. Gaddis, 76, passed away February 20, 2022, at home, surrounded by his wife of 44 years, Julie E. Gaddis, and his loving daughter, Angela Dee Taggart (Kevin). Preceding him in death were his parents, Arthur Gaddis, and Roberta Gaddis, of Winchester, Indiana, and his brother, Jack Gaddis of Englewood.

In addition to his wife, Julie, and daughter, Angela, Jim is survived by his sister, Judy Anderson Oakerson of Winchester, Indiana, daughter in law, Laurie Clevenger (Anthony) of Sarasota, Florida, and two granddaughters, Victoria Dale (Cody) of Richmond, Indiana, and Baily Cleveland (Grant) of Sarasota, Florida as well as two great-grandchildren, Mila Grace and Maddix James.

Jim grew up in Winchester, Indiana, and graduated from Winchester High School in 1963. After graduation, he pursued a career in plastics engineering, eventually opening a toll and die shop with his partners (Gary Etter and (Paul Saylor)) in Martinsville, Indiana. After 32 years, retired and became a snowbird in Venice, Florida.

He loved being with his family, especially his great-grandkids, but also had a good time riding his Harley, playing golf, and socializing with friends. He was a life-long Indiana University sports fan but enjoyed all Indiana college sports, particularly football and basketball.
Jim in leaving cherished friends in Greenwood, Winchester, and Martinsville, Indiana, and Venice, Florida.

Visitation will be held Monday, February 28 at Indiana Funeral Care in Greenwood from 3 to 6 pm. A graveside service for the family will be held in Winchester in the spring. Donations to Brookdale Hospice, Indianapolis, or Franciscan Cancer Center, 8111 S Emerson Ave, Indianapolis, IN 46237 are requested in lieu of flowers.

To order memorial trees or send flowers to the family in memory of James B. Gaddis, please visit our flower store.