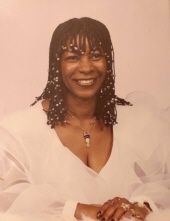 Mrs. Jacqueline Carol Bledsoe, affectionately known as Honey, departed this life on January 8, 2022, at 3:55 am.

Jacqueline was born in Indianapolis, Indiana on July 31st, 1940, to Mr. Tony Shelbourne and Mrs. Della Williams. She was educated in the Indianapolis public school system and graduated from Crispus Attucks High School. After raising her children, she attended Ivy Tech State College. As an educator herself, she held the position of Assistant Teacher in IPS for several years.

Over the years Jacqueline would hold many titles in the job market. For years she managed Sam’s Subway, worked for Howard Johnsons, Excalibur lounge and restaurant, the Fountain lounge, Red’s Bar and Grill to name a few. She was also an entrepreneur, owner/operator of The Touch of Love Cafe’, and a few years later she opened The Clothes Closet and Variety Store. But her passion was entertaining. Jacqueline had a voice of gold and her unique dance moves were breathtaking. In the early to late 60’s, she would hold the title as a Headliner throughout Detroit, Chicago, and Indianapolis. She once made a guest appearance on the Dick Wolfsie show and served as counsel chairperson for Lawrence Township.


Her hobbies included collecting angels and beautiful black statues that seemed to paint individual stories of life, along with crafting. She would take the old and give it new life. She had a love for bright colors. She would say “when you're feeling down, put on something bright, it will brighten your day.” Jacqueline enjoyed being around her grandchildren as she would keep them from time to time to give mom a break.

While she will be dearly missed, her memories will live on within her loved ones.
To order memorial trees or send flowers to the family in memory of Jacqueline Bledsoe, please visit our flower store.