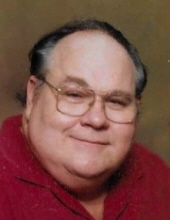 Jack was born on May 14, 1947, in Springfield, Illinois, the son of George David, Sr. and Rosietta May (Kail) Redding.

Jack grew up in Greenwood with his sister and four brothers. He was a 1965 graduate of Greenwood Community High School. Jack was a veteran of the United States Naval Service, serving from 1965-1969. Jack had a passion for spending time with his family, traveling, fishing, camping, and hunting. He was a retired tool and die maker from Olin Brass.

A funeral mass will be held at St. Roch Catholic Church, 3600 S. Pennsylvania St., Indianapolis, IN 46227 on Thursday, September 30th, 2021 at 10:00 a.m.
To order memorial trees or send flowers to the family in memory of Jack Alan Redding, please visit our flower store.