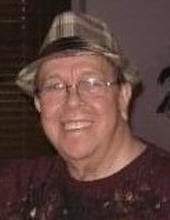 In the company of immediate family at his residence of over 32 years in Indianapolis, Indiana, Hugh Michael Tuttle was called home to Heaven on Sunday, January 23, at approximately 9:35 am.

Mike was educated in the Indianapolis Public School system at Arsenal Technical High School. After joining the US Army on August 27, 1957, he completed his General Education Development (GED) examination. During his three years of service, he was an Army paratrooper, provided peace-time support in Korea, and received a medal for Good Conduct. Mike was honorably discharged with the rank of Private First Class. Immediately following his service, Mike was drawn to his passion, singing and acting, in sunny California.

In Los Angeles, Mike signed with an agent to book opportunities to advance his singing career. While he was awaiting auditions, Mike maintained a job as a tailor’s apprentice. The tailor job paid for rent, while his singing took care of the rest. During his time in CA, he performed in bars during the Rose Bowl, various nightclubs, and at his friend, Redd Foxx’s regular joint. Redd would gather all of the folks into the establishment to hear Mike sing, saying, “this is the most talented white singer I’ve heard.” Mike auditioned with an LA record label in the early 1960’s. Unaware of their genuine intent to sign him, he missed several calls from his agent. The agent told him the label decided to visit their next option, an up-and-coming pianist on the east coast, Billy Joel.

When Jessie fell ill, Mike returned to Indianapolis to stay with his ailing mother. He was able to reconnect with family and friends, whom he deeply loved and cherished. Mike continued his singing with several local bands in the Indianapolis area, including, Tuttle and the Shells. Throughout the next 15 years, Mike loaded buses for Greyhound Bus Lines in downtown Indy.
Mike also enjoyed dancing and parties. In 1971, at one of those parties, he met a young girl, Martha (Beth) Elizabeth Isley, from Richmond, Indiana, who was in Indianapolis with a girlfriend. Sparks flew and they scheduled their first official date at the Indianapolis Motor Speedway. Three years later, they were married on April 11, 1974. Mike enjoyed travelling together with Beth throughout the US. Some of his favorite couple’s travel destinations included the west and southwest US (preferentially, Las Vegas, Laughlin, and Lake Tahoe), Maine, and a variety of casino resorts.

On September 7, 1977, they welcomed into the world their first child, Joshua Joseph. Four years later, on December 6, 1981, their second child, Elizabeth Ann was born. Mike adored his children and would do anything to ensure they were provided opportunities to succeed. One of his favorite activities with family was beach vacations. Mike’s love of the ocean and warm climates was never a secret. His special family vacation destinations were to Myrtle Beach and Panama City Beach. One of Mike’s favorite trips was to Alaska, via RV, with his brother, Roy and niece, Dawn.
Mike enjoyed spending time with friends, especially if they were willing to come visit him at his home. He looked forward to family gatherings at holidays and family reunions. Mike helped raise funds for the Lawrence-Hendrixson (L&H) family reunion by dealing Texas poker at the event for over 40 years.

Throughout the 1990’s – 2000’s, Mike helped support his family by working jobs as a DJ, vending machine stocker, Signature Inn head maintenance, Papa John’s pizza delivery, and chauffeur for Carey Limo prior to his retirement in 2011. He continued acting and singing in several productions and musicals at Theatre on the Square. Mike was nominated for an Encore award (Best Supporting Actor) for his role as Amos, in Chicago. He made many friends during his life and never knew a stranger. He was remarkable about finding the good qualities in anyone. Mike loved to tell stories and make others laugh. His vocal talent, enduring spirit, positive energy, and generosity was his gift to the world.
Mike’s happiness shone through his resounding smile. He was intelligent, had a sharp eye for fashion, and was an explorer and connoisseur of fine food. Mike’s hobbies included watching TV (especially news channels, documentaries, early-to-mid-1900’s black-and-white movies, Humphrey Bogart films, and Seinfeld episodes), slot-machine gambling, reading, and storytelling.
In addition to his aforementioned siblings, Mike is survived by his best friend and loving wife of over 47 years, Beth Tuttle; by his children Joshua (Tiffany) Tuttle of Indianapolis, IN, and Elizabeth Patterson of Mooresville, IN; grandchildren Taylor Thoman, Caleb Tuttle, Timothy Wych, Haley Patterson, Charlotte Patterson; and a host of loving nieces, nephews, and cousins.
No services will be held; however, a celebration of life is being planned and will be announced at a later time by the family. In lieu of flowers, donations may be given to the Prostate Cancer Foundation, American Heart Association, Dementia Society of America, or American Diabetes Association.
To order memorial trees or send flowers to the family in memory of Hugh Michael Tuttle, please visit our flower store.