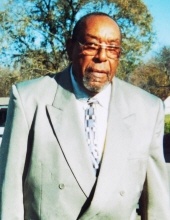 The life of Harry Lee Alexander began on January 26, 1936 in Jackson Ms. He was the youngest of 5 children born to Hayes Lee and Adeline Alexander. Later in his life, Harry lived in Chicago, IL and Indianapolis, IN. While living in Chicago, he met Roberta Myratt. They later married and had 2 children Tammy Bernetta, and Hayes Leroy.

Harry loved fishing, hunting, shooting pool, watching westerns and sports. He loved listening to Country and Western music. Johnny Cash was one of his favorite singers.
Harry was a very hard worker and worked many different jobs. In 1978, he went back to school and graduated from Indiana Vocation & Technical College with a Certified Mechanic Degree.

A memorial service will be held at Noon on Saturday, September 12, 2020 at Indiana Funeral Care, Harry W Moore Chapel. Friends may call from 11 a.m. until service time.
To order memorial trees or send flowers to the family in memory of Harry L Alexander, please visit our flower store.