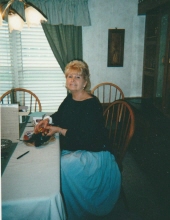 She was born on January 22, 1937 in Iaeger, West Virginia to James Vanover and Hattie Collins. She was married to James Cline for 35 years and bore him 7 children. She then married Arthur Fife and they were married for 21 years. She lived in Indianapolis for 57 years.