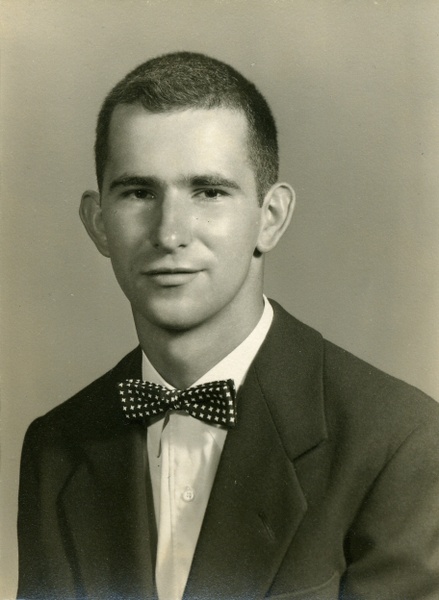 George Olen Bradley was born November 9, 1936 in Scottsville, Kentucky to Mervin and Novella Bradley. He is survived by sister- Zula L White, wife- Janet Q Bradley, His three sons - Ronald, Mark, Jeffrey, and daughters-in-law - Regina and Carole. George also leaves behind six grandsons and five great grandchildren.
After graduating from Allen County High School in Scottsville, Kentucky, George moved to Indianapolis to rejoin the rest of his family. There he found work at the RCA production facility. He then moved on to the Chevrolet plant where he remained until his retirement in late 1994. While there, his hard work and willingness to learn was rewarded with many promotions and rising to the level of Skill Trades.
Also, while in Indianapolis, George was hanging out at The Pole drive-in where he met Janet Qualitza. A relationship developed and they would spend more than sixty-three years together until his passing. They lived their wedding vows to the fullest, supporting each other in sickness and in health during several medical setbacks/challenges.
George loved to watch sports on TV and was a huge fan of Chicago Cubs baseball and University of Kentucky Wildcats basketball. When he could, he also enjoyed watching his sons and grandsons participate in sports when they were kids. In his twenties he discovered the game of golf. It became a lifelong hobby and passion. He played whenever he could, watch tournaments on TV, and even attend several PGA and LPGA events. It could be called luck or skill, but he achieved something multiple times... that some golfers never achieve once. George has twenty-eight hole-in-ones to his credit... something he was proud of and recounted until his passing.
He loved his family and was always available for advice and share what he had learned over the years. He enjoyed family gatherings where he could learn what was going on in everyone's life. He was especially interested in the accomplishments of his grandsons and great grandchildren.
George will be remembered as a loving and devoted son, brother, husband, father, and grandfather. He will be missed.

To order memorial trees or send flowers to the family in memory of George Olen Bradley, please visit our flower store.