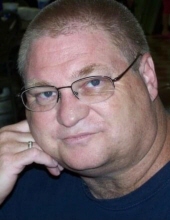 Gary W Wright, formerly of Columbus In, passed away suddenly at his home October 7th, 2021. Gary was born January 29, 1959 in Muskegon Michigan to Maryalice Wright.

Gary had a heart bigger than the world. He never met a stranger, or someone he would not help. He enjoyed collecting dragons, playing poker with his buddies, watching the Minnesota Vikings and volunteered on the German and Geneva Township fire departments.

Gary was a member of St. Paul Lutheran Church (Clifty) in Columbus In.

He worked most of his life as a Registered Respiratory Therapist with most of those years at Riley Childrens Hospital and Columbus Regional Hospital. Most of all, his world revolved around his grandson Tony.


Gary married Lisa Rawlinson (Hammond) of Columbus August 4th 1990. They were married 20 years and remained lifelong friends.
He is survived by a daughter Jennifer Wright and fiancé Chad Ernest of Hartsville, a son Gary C. Wright of Indianapolis and a grandson Tony Telez of Hartsville. Brothers Glen Wright of Oceana California and John (Jane) Wright of Bristol Connecticut and many aunts, uncles and cousins.
Gary was preceded in death by a daughter, Clara Marie Wright, mother Maryalice Wright,
Grandmother Glenna Blundell, and grandfather Merlin Wright.

A memorial service will be held Monday October 18th from 12-2. Visitation will be from 12 until time of service at 1:30. The service will be held by Pastor Douglas Bauman of St. Paul.
Services will be held at Indiana Funeral Care at 8151 Allisonville Road , Indianapolis.
A zoom meeting will be available for those whom can not attend by using:
Join Zoom Meeting: https://us05web.zoom.us/j/5472995241?pwd=TStvMWpXd01JTkRLTHVFUIVFSWhMdz09
Meeting ID: 547 299 5241
Passcode: 9Ad3yw
To order memorial trees or send flowers to the family in memory of Gary W. Wright, please visit our flower store.