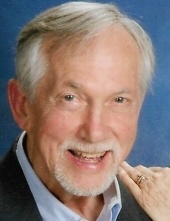 Indianapolis – Frederick Aaron Seddon, Jr. (Fred), age 84, passed away on May 3rd, 2022, surrounded by his children. He was a loving husband, father, grandfather, sibling, uncle, son, brother-in-law, and a friend to all. He was born in Youngstown, Ohio on January 4th, 1938, to the late Frederick and Florence Seddon. He and his late wife Jackie Lee Seddon spent 47 years of marriage in the Indianapolis, IN area. He was an older sibling to the late Carol Smetana and brother Gary Seddon.

Fred spent his youth in Northeastern Ohio until settling in the town of Newbury, Ohio in his high school years. He was a guard on the Newbury High School football team in which he helped lead the team to win the Geauga County Football Championship in 1954.

After graduating in 1955 Fred enlisted in the United States Navy. He was assigned to the aircraft carrier USS Shangri-La where he spent that time in the Pacific Ocean working on aircraft and earning the rank of Aviation Fire Control Technician Petty Officer Second Class. He took great pride during his service in the US Navy. He had the utmost respect for all servicemen, servicewomen, and veterans.

In 1958 he returned to the Northeast Ohio area where he worked various jobs until relocating to Indianapolis in 1963 to start his career at Naval Avionics Center. He worked there for 30 years with most of those years as a supervisor for a large department that built radar systems. He retired in November 1993.

Fred loved to watch sports and was a big fan of the Cleveland Browns and Cleveland Indians. He loved to play golf and always preferred to walk the course rather than ride in a golf cart (unless playing with his three sons who basically made him get a golf cart).

Fred loved to travel. He didn’t fly, he always wanted it to be road trips. When asked why he didn’t fly he would say “you get to see the real America on a road trip”. Before there was Google maps he sure knew how to navigate anywhere. When he would visit his children after they moved to various parts of the United States, he was always great at showing them landmarks, important historical areas, state parks and national parks for those kids of his that didn’t know these places existed. He loved a day road trip to some of the off the beaten path towns in Indiana.

He loved visiting battlefields. The Civil War battlefields and Revolutionary War battlefields always intrigued him. He made his wife Jackie, his kids, or even himself pose for photographs for embarrassing / fun pictures with statues at many of the sites he visited (and not just necessarily at battlefields). He was a fan of history to no end and read books constantly about this subject.

Fred’s favorite movie of all time was “Rebel Without a Cause”. Probably because he had that same James Dean cool factor.

Fred was a loving and caring man.

Fred loved to joke and laugh. He loved to tell a good joke and could make anyone laugh.

Fred had an infectious smile. Any room he entered, didn’t matter if the lights were on, he lit the room up.

Fred was a man of great Christian faith.

Fred was a spontaneous man, as he loved to surprise his loving wife, Jackie.

Fred and Jackie spent years dedicating their time and effort to selflessly clothing and feeding the homeless with Hope 4 2morrow. They gathered donations and distributed socks, hats, food and more, weekly for years.

We all miss and will always miss Fred, but we are happy he is no longer in the pain he suffered. But if anything, we are happy he made it to heaven in time to celebrate he and Jackie’s 50th wedding anniversary coming up in June.

If desired, friends may make contributions to The Seddon Impact through Faith United Methodist Church by bringing canned goods or monetary donations to the service, or a monetary donation through the Website: www.faithumc16.org

The Seddon Impact was created in honor of Fred and Jackie Seddon in appreciation of their endless dedication and service in helping to feed and clothe those in need in the Indianapolis area.
To order memorial trees or send flowers to the family in memory of Frederick Aaron Seddon Jr., please visit our flower store.