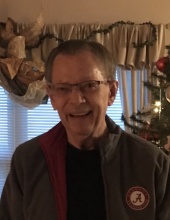 Franklin "Frank" Delano Miller passed away on February 28, 2022, in Franklin, Indiana at 88 years old. He is survived by his wife of 58 years, Georgia Carolyn Miller, 84. Their union made him the beloved father of Frank Derek Miller of Chicago, IL, 54 and Tonia Renee Miller-Lopez, 50, who resides in Greenwood, IN with her husband Daniel Lopez, 59.
Born in Athens, Alabama on January 30, 1934, he was the son of Guy and Mattie Miller. He is survived by his two sisters Ruth Burrows and Francis White of Athens, AL. He had a brother Guy "Bud" Miller of Birmingham, AL, who is now deceased.
Pursuing his own path in his youth, Frank left Alabama and joined the U.S. Army. He finally settled in Indiana, where he met his wife. They moved from South Bend to Bremen, IN to raise a family.
Baptized at the Donmoyer Church of Christ in South Bend, IN, he had a compassionate heart. He spent his work life in factory jobs, truck driving and retail sales. He loved to work with his hands, and he enjoyed collecting all the tools to work on any project. He never passed up some good barbecue, or down-home southern cooking, especially if breakfast was involved. He was a devoted fan of college football—especially loyal to the Alabama Crimson Tide. In their retirement years, Frank and Carolyn moved to Franklin IN.
As a Father, Husband and Friend, Frank will be greatly missed, and will always be in our hearts. We will miss his laughter and sense of humor. With much love, we celebrate his life and his continued Journey with God's Blessings and Peace.
To order memorial trees or send flowers to the family in memory of Franklin Delano Miller, please visit our flower store.