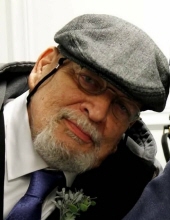 Frank a Smith, 77 passed away on January 9th 2022. Born September 28th 1945 in Indianapolis he was the son Ernest and Virginia (Holmes) Smith. Frank graduated from North Central High school in 1962 then attended Indiana University and Indiana business college. Frank worked in the banking industry his whole life and finished his career at UAC. He was a lifetime member of the Irvington United Methodist Church, Prospect Lodge #714, Valley of Indianapolis Scottish Rite, Murat Shrine (Clown and Train Clubs), and Royal Order of Jesters.

Frank is survived by his wife of 52 years Nancy (Pryor) of Indianapolis, his son Ernest "EB" (Kristina) and his grandson Andrew all of Flower Mound Texas and his brother Robert of Greenwood. In addition to his parents, Frank was preceded in death by his son Frank "Frankie" A. Smith II.

Frank is also survived by the "Liars Club", his beloved breakfast pals and patient waitstaff of Blueberry Hill Pancake House, several friends and neighbors that looked after him and close family friend Johnny Phipps.

A Celebration of Life will be held Saturday February 19th at Irvington United Methodist Church, 30 North Audubon Road, Indianapolis, Indiana with calling from 12-1 with services following at 1. In lieu of flowers, memorial contributions can be made to Shriners Hospital for Children, "Love to the Rescue" at http://www.LoveToTheRescue.org
To order memorial trees or send flowers to the family in memory of Frank A. Smith, please visit our flower store.