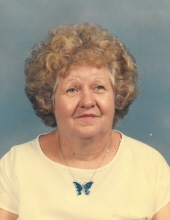 Frances H. (Griffith) Jones, age 88, of Greenfield, passed away Saturday, August 21, 2021 at Ascension St. Vincent Hospital in Indianapolis. She was born in Columbus, Indiana on July 30, 1933 to the late Chesteen and Frankie (Crider) Griffith. She graduated from Charlottesville High School in 1953.

Frances spent the majority of her career at the Indiana State Fairgrounds in the concession office. She was a faithful member of Faith United Methodist Church in Greenfield. She enjoyed camping, swimming, and doing activities at the senior center.