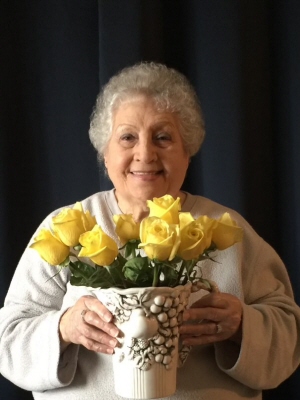 Faye lived in Nashville, Tennessee from 1958 to 1964. She had an amazing and colorful history in Nashville working in country music promotion. Faye became friends with many of the great country music artists of all time including Loretta Lynn, Patsy Cline, Dottie West, Buck Owens, Hawkshaw Hawkins, Marty Robbins, Clyde Beavers and many others in the country music business. Loretta Lynn thanked Faye in both of her autobiographies for helping her in the 3 months she lived with Faye and Sam when she and her husband Doo first came to Nashville.

Faye was a Colonel in the Honorable Order Of Kentucky Colonels and also a member of the Mayflower Society as a direct descendant of William Brewster. She enjoyed her "Golden Girls" adventures with her sisters and loved spending time with them over the years. Faye was an avid Indiana Pacers basketball fan and also enjoyed watching Indianapolis Colts football games.

Visitation will be held on Thursday, July 1, 2021 from 5pm - 8pm with funeral service beginning at 8pm. Faye will be laid to rest at Brownsburg Cemetery on Friday, July 2, 2021 at 10am.
To order memorial trees or send flowers to the family in memory of Faye W. Morgan, please visit our flower store.