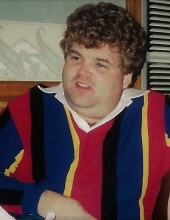 Eugene Reel, Jr. of Indianapolis, 59, passed away February 2, 2022. He was a 1980 Graduate of Warren Central High School. After graduation he learned how to be a meat cutter for Grassy Creek Farms, but later moved into the plumbing trade and became a member of Union 440 Plumbers and Pipefitters Union. Eugene proudly worked with J.A. House on several projects in the city, including the Bank One (now Salesforce) Tower downtown. He was also skilled at residential plumbing, where he performed numerous side jobs for clients, family, and friends.

Eugene later returned to the meat cutter trade and worked at several grocery stores including Kroger, where he served as a Union Steward for United Food & Commercial Workers.

In his spare time, Eugene enjoyed playing Euchre and other card games, coloring posters, playing the slots at the casinos and dining out with friends and family.

A Celebration of Life service will be held on Monday, February 21, 2022 at Indiana Funeral Care, 8151 Allisonville Rd. Indianapolis, IN 46250 at 11:00 AM with visitation starting at 10 -11 AM.
To order memorial trees or send flowers to the family in memory of Eugene Reel Jr. , please visit our flower store.