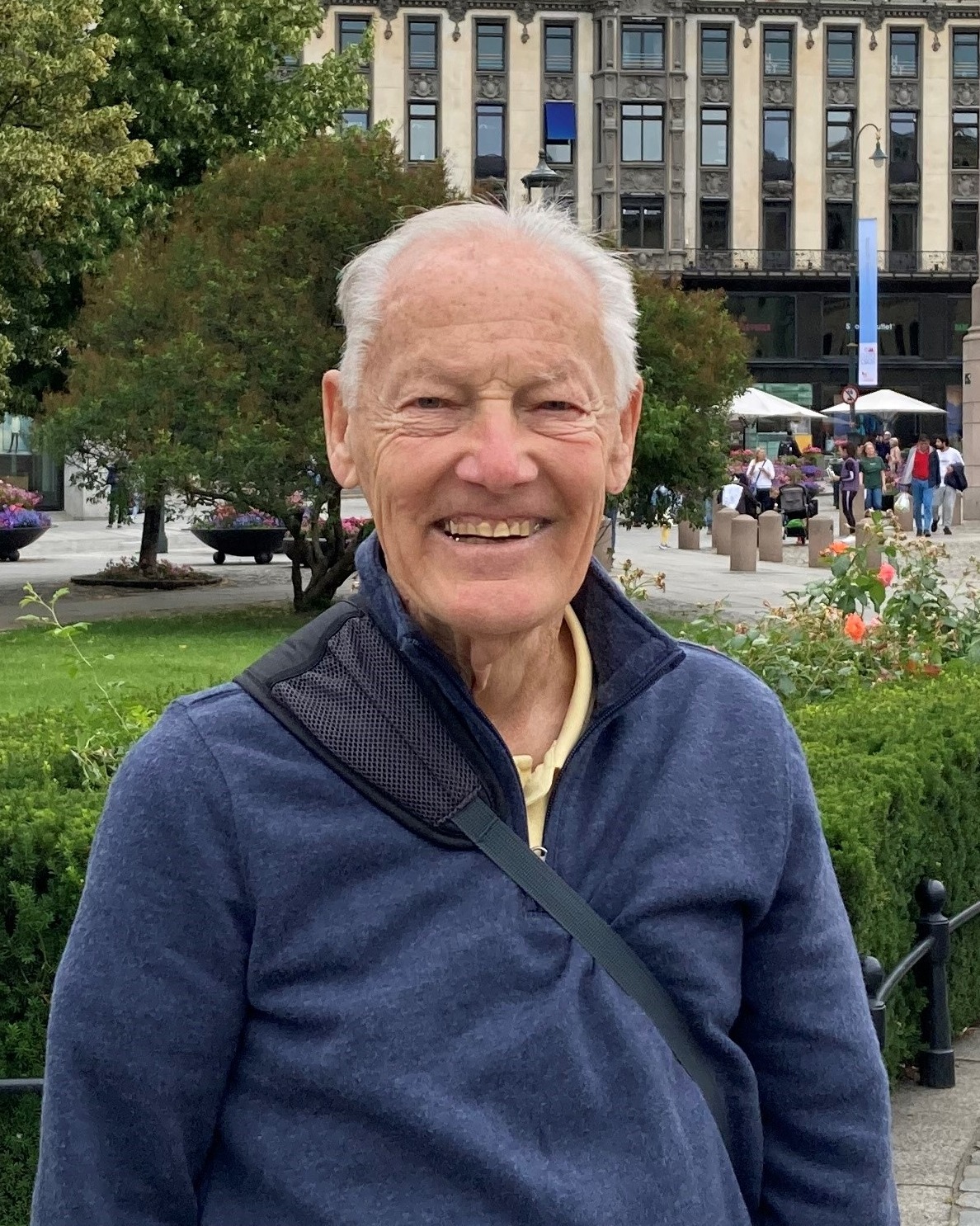 Tom, or “Bud” to his family, graduated from Ben Davis High School (1957) spending the last two years of high school in the Navy Reserve (following in the footsteps of his beloved uncle). When Tom decided he’d rather marry his high school sweetheart than spend two years on a ship, the Air Force stole him away. Tom married Deanna Sue Fall in 1958. Shortly thereafter the newlyweds had the difficult assignment of service in sunny Bermuda.

In the years that followed, the couple welcomed two daughters. After leaving the service, Tom worked for Allison’s Gas Turbine (General Motors), retiring after 33 years in heat treat. Tom was first introduced to Christ in 1965 and for years headed the church bus ministry and served as board member and greeter at Westside Church of the Nazarene. Tom and Dee served on five Work-and-Witness trips around the globe. They traveled to over 20 countries around the world and every state in the U.S. In retirement, the couple traveled throughout Florida with “the gang” of friends, playing cards, seeing the sights, and sharing countless laughs.

Tom was the first to help (or hug) both friend and stranger. They weren’t strangers for long. A lifelong builder, artist (he would scoff “doodler”), and lover of sweets (mostly pie and ice cream), Tom was a loyal, hardworking husband and father, a proud American, a doting grandpa and papaw, and fiercely in love with his Savior. In later years, he spent hours tinkering in his garage, “fixing” something that may or may not have needed fixing, crafting a jewelry box for his wife or a climbing toy for one of his great-grandchildren. His daughters will remember traveling around the country in the family camper. To his grandchildren, he’ll be remembered for building treehouses and Christmas treasure maps, wrapping packages with too much tape, for running hearts on his granddaughter, and dancing at each of their weddings. To his great-grandchildren, he would grant every wish and always said yes to “Papaw, can you play with me?”

In his final moments Tom gave his life protecting his great-granddaughter from the fall that would ultimately take him home. When it was clear that the end was near, Tom’s family gathered around his bedside and sang hymns as he passed into his long-awaited victory in Jesus. As his grandsons said, he’s the only one who’s happy about this; nevertheless Tom gave his family an enduring legacy of faith, and after the tears came much joy.

Visitation will be held at Indiana Funeral Care in Indianapolis December 16 from 4 to 8 p.m. in the evening; the funeral service will follow December 17 at 10 o’clock in the morning. Those who wish to send donations may contribute to Fortville Church of the Nazarene, World Gospel Mission, or Samaritan’s Purse.

To order memorial trees or send flowers to the family in memory of Earl Thomas Warrick Jr., please visit our flower store.