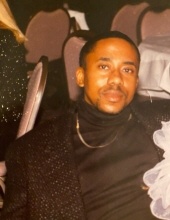 Earl T Jamison Jr. 62 of Indianapolis, IN. passed away on Tuesday, December 7th 2021

A fun fact about my dad is he took martial arts classes and became a black belt. He became a certified welder later in life and worked at fed ex part time for many years!

My father was a funny guy but also very straight forward with people! He will truly be missed!