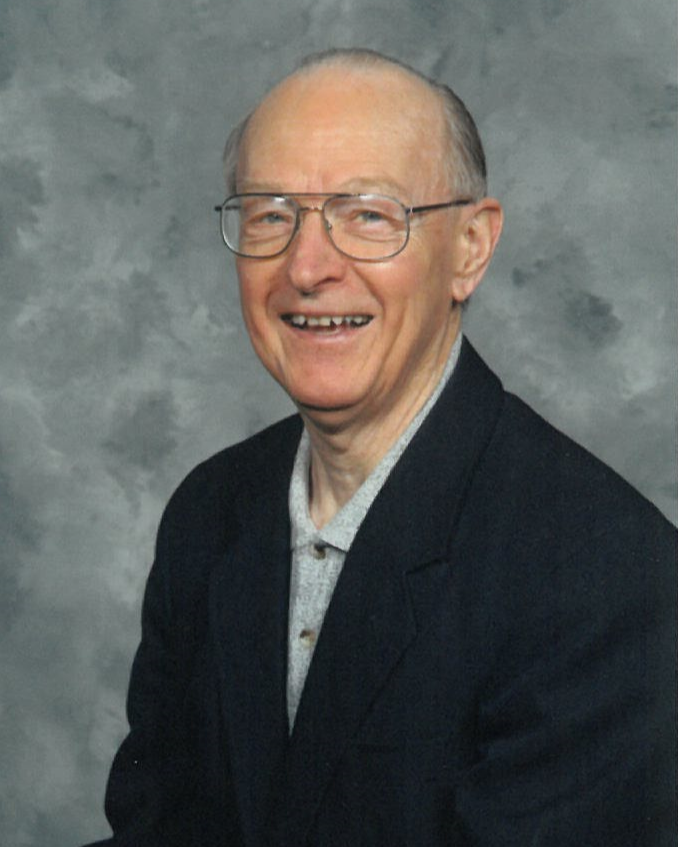 Donald W. Richter, 96, of Greenwood IN passed out of this life and into the arms of Jesus on Friday, November 25th at the Franciscan Hospice House surrounded by some of his loving family. Don was born in 1922 in Attica, New York, to Willard and Leona Richter. He grew up on a dairy farm working hard from a young age but enjoying a loving family.
Don graduated early from high school in Attica and attended Syracuse University for one year. Then he transferred to Cornell University where he studied economics and agricultural engineering and graduated in 1953 with a Ph D in engineering.
In 1950 Don married Emilie Bangs, the first love of his life. They had three children together with only Ellen Karasevich of Woodland Park, Colorado still living. After Emilie passed away in 1988, Don married Linda Plew Alexander, the second love of his life. In doing so, Don gained three more children: Ann Jewel of Cape Coral, FL; Chris Alexander and wife Donna, of Indianapolis, IN; and Nikki Alexander of Columbia, SC. Don was blessed with sister, Patty Herman and husband Ken of Talbott, TN. Don also had many grandchildren, great-grandchildren, nephews, and nieces who were privileged to know him.
Don was predeceased by his parents; his first wife, Emilie; and daughters Joan Richter and Annie Wittoesch; and his sister, Loie Kreher.
After Cornell Don worked for many years at Armco Steel of Middletown, OH where he worked in various sales and management positions. In the latter part of his career at Armco, he was part of a mergers and acquisitions team. This area of finance interested him so much that he took early retirement and became self employed as a financial consultant with Corporate Finance Associates. Don enjoyed this work tremendously, and both Emilie and Linda worked with this business. Don retired in 2001 from CFA.

Don was a true Renaissance man. He knew a lot about a variety of topics - engineering, finance, nutrition, and medicine. The early years of Don's life in western New York state and at Cornell remained dear to his heart. In his younger years, Don liked to travel in the US and abroad, introducing his family to beautiful outdoor spaces and to cultural experiences in Europe. But most of all, Don loved Jesus. He served different churches, depending on where he lived, in various capacities such as deacon, elder, and treasurer. He cared for his family cheerfully and showed the fruit of the Spirit every day by being loving, joyful, peaceful, patient, kind, good, faithful, gentle, and self-controlled.
A memorial service will be held at a later date, and a private burial will be held in Middletown, OH, sometime next year.

In lieu of flowers, you may send donations to one of these organizations that were dear to Don’s heart:

To order memorial trees or send flowers to the family in memory of Donald Richter, please visit our flower store.