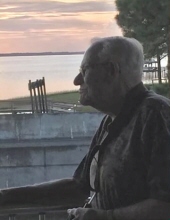 Donald L Rogers MD, 98 of Brownsburg IN, was called home on Saturday Nov 27, 2021. Donald was born on Oct 7, 1923, in Montgomery County to Mae (Tipton) and Harmon Rogers. He was the oldest of 3 boys.
Donald found his true love, Louise Proctor in high school, and we’re married in 1943. Donald was in the Army and served over in a Germany. Once back in the states Donald continued his education at Indiana University Med School and became a prominent Pediatrician in the Indianapolis area and soon finished his career in Brownsburg. He was a physician for 70 years and loved his job to the fullest. Although many accomplishments, one that stands out he served as Methodist Hospital President of medical staff. Doc had so many interests which included hunting out west for big game, traveling in their motor home seeing all the beautiful country. Camping, snowmobiling, water skiing, and his favorite past time is his wood working skills. Each one of his family members has something “doc” has made.
Donald was a member of Wesley United Methodist church before they moved. His wife Louise of 57 years along with his 2 brothers; Dorman Rogers, and Norman Rogers, and his granddaughter; Shanon proceeded him in death.
Donald is survived by his 4 children; Kathy (Rogers) Thorpe, (David Thorpe) Larry Rogers, Judy Rogers (Beth Mitchell) Sheila Rogers (Mills) Craig McCammack, 5 surviving grandchildren; Michele Thompson, (Casey), Ryan Davis, Tiffany Thorpe Sandberg, (Marc)Kameron Mills, Leo Rogers. 8 great grandchildren; Cori, Nicholas, (Morgan), Jacey, Logan, Ashlyne, Riley, Hailey, and Mason, and 3 great great grandchildren.
To order memorial trees or send flowers to the family in memory of Donald L. Rogers, please visit our flower store.