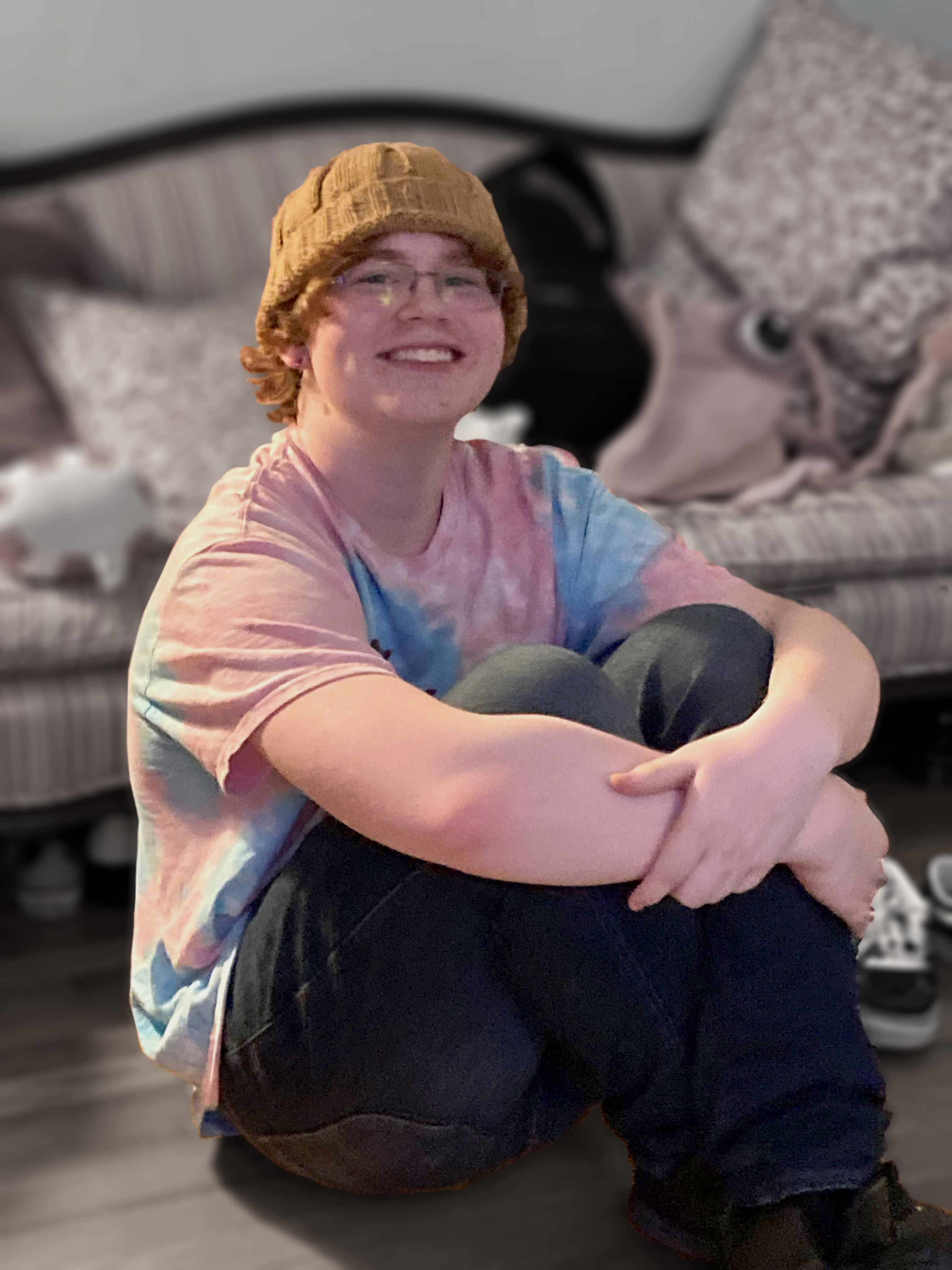 On Wednesday, October 26th, 2022 Declan James Barry went home to be with the Lord when he lost his battle with depression and took his own life.

DJ, or Audrey, as he was known to some, turned 16 on September 9th of this year. He was a junior at North Central High School, and his favorite color was orange, which was the perfect color to describe him. He was warm and fun to be around. DJ was compassionate...he loved animals and spent as much time as he could talking to and spending time with his friends. As one friend put it, "he was the kind of person to return a borrowed pencil."

Despite DJ's love for his own cocooned, personal, alone time, he wanted to share all his passions with others. When he would become infatuated with a new concept, he would seek people out to share it with, and suddenly, quiet DJ overflowed with verbosity. He longed to share the things he loved with those he loved. Recently, he asked his mom to read a book series he had read because he just wanted to spend time talking with her about the characters. He wanted to win people over to his interests because, of course, his opinions about things were obviously right.

He loved music so much you did not often see him without headphones regardless of where he was. Playing video games was a favorite pastime. He loved Math, and "geeking out" about different Math related concepts. He vacillated between whether a base 10 system made more sense for us versus a base 6 system. Watching mega intellectual internet videos, learning Japanese and discussing the differences between Japanese and Spanish with Logan kept his mind keen, while watching anime was a way for him to relax and enjoy stories. Recently, DJ experienced his first camping trip, which he really enjoyed, and where he learned to skip stones.

Not only did he have a number of interests, he also had his own assortment of favorites: sushi, milkshakes, tea, orange juice and art...

DJ was born at St. Vincent's hospital in Carmel, and grew up in Washington Township. He and his family have attended College Park Church for 26 years; yes, well before DJ was born.

To order memorial trees or send flowers to the family in memory of DJ Barry, please visit our flower store.